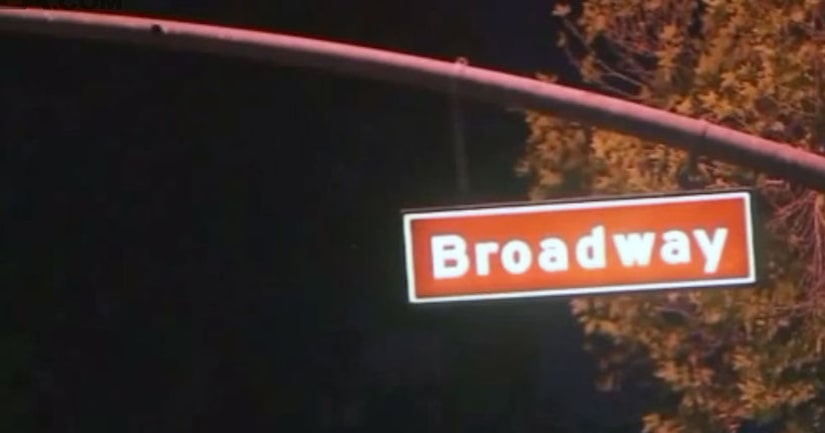 LOS ANGELES -- (KTLA) -- Police in Glendale were warning the public to be on alert after the attempted kidnappings of two children within a half-hour on Wednesday evening.

In both incidents, which are believed to be related, an individual got out of a car, approached and picked up a small child and then was physically confronted by the mother, prompting the would-be kidnapper to flee.

The two incidents occurred within a mile of each other in south Glendale in the 5 o'clock hour.

"This type of an event is absolutely terrifying, obviously for our victims, but as a Police Department and as a community, this is something scary," said Sgt. Robert William with the Glendale Police Department.

In the first incident, which occurred around 5:11 p.m. at the intersection of Chevy Chase Drive and Adams Street, a mother was walking her child in a stroller when she was approached by a woman who grabbed the 14-month-old, according to a news release from the Police Department.

The woman, who had stopped her car on the curb right before approaching, tried to unbuckle the toddler from the stroller, William said Wednesday evening.

She said something like, "You're so cute" when she approached, William said.

The mother struggled with the woman and was able to get the child back unharmed, the release stated. The other woman ran back into her car and drove away.

The suspect was described as a Hispanic woman with short thick hair and wearing heavy, layered, winter-style clothing. She drove away in a small white or silver compact car. The license plate may begin "7YH" or "7HY," William said.

The second incident was reported around 5:35 p.m. by an 8-year-old boy at John Marshall Elementary School at Chevy Chase Drive and Broadway.

The boy told a 911 operator that a man "dressed like a woman" tried to steal his 2-year-old brother, the release stated.

William said the individual approached and again said something like "you're so cute" and picked up the little brother.

The children's mother was standing nearby and was able to interrupt the kidnapping. She struck the attacker's hand, William said, prompting the person to place the child back on the ground and flee.

The suspect drove away in a small four-door silver sedan, police said.

The child's mother described the suspect as a man, or possibly a woman with a deep voice, in his late 40s or 50s with salt-and-pepper hair and a two-day-old beard, according to the release.

She said the suspect was wearing a gray shirt with a multicolored design on the front.

William said investigators believe the same person committed both attempted kidnappings, and attributed the differing descriptions to the traumatic impacts on the victims.

“We're fairly confident it is the same suspect," William said. "This is not something that happens regularly in Glendale."

“Any person that's willing to stop a car, get out of the vehicle and approach a child, in my opinion, is very, very dangerous. Whether it's a mental health issue or if it's a child abduction, it really doesn't matter. … I don't think it would matter to any parent," William said.

Police are seeking surveillance video from businesses in the areas where the two incidents occurred.

FULL STORY: Police on alert after 2 attempted child abductions occur within minutes of each other in Glendale - KTLA