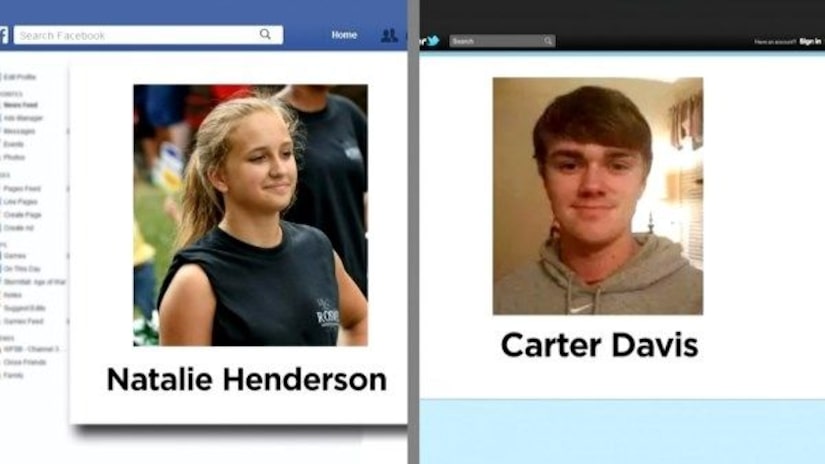 ROSWELL, Ga. -- (WGCL) -- The bodies of two high school students were found behind a Publix grocery store in Roswell Monday morning in what police are calling a double homicide.

Authorities identified the teenagers as Natalie Henderson, 17, of Roswell, and Carter Davis, also 17, of Woodstock.

A delivery driver discovered the bodies just before 6 a.m. behind the Publix on Woodstock Road. Police said both victims suffered head trauma.