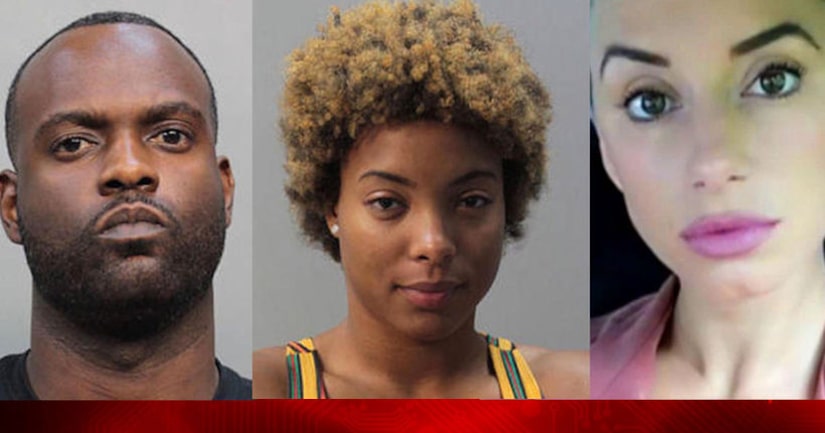 MIAMI BEACH, Fla. -- (WPTV/AP) -- Two South Florida residents have been arrested after police say they threatened to leak sexually explicit images of social media star YesJulz unless she paid them.

Miami Beach police say Voigt and Victor contacted Julieanna Goddard, also known as YesJulz, and claimed to have X-rated photos of her. Victor gave Goddard 24 hours to pay them $18,000, threatening to publish the pictures online if she didn't.

The two were arrested as they were waiting in a car on Miami Beach.

Police say Voigt has admitted to the crime. Victor denies any involvement. His attorney, Keljka Bozanic, says there's no evidence linking Victor to the crime.

The New York Times recently named Goddard the "Queen of SnapChat," where she has more than 300,000 viewers.