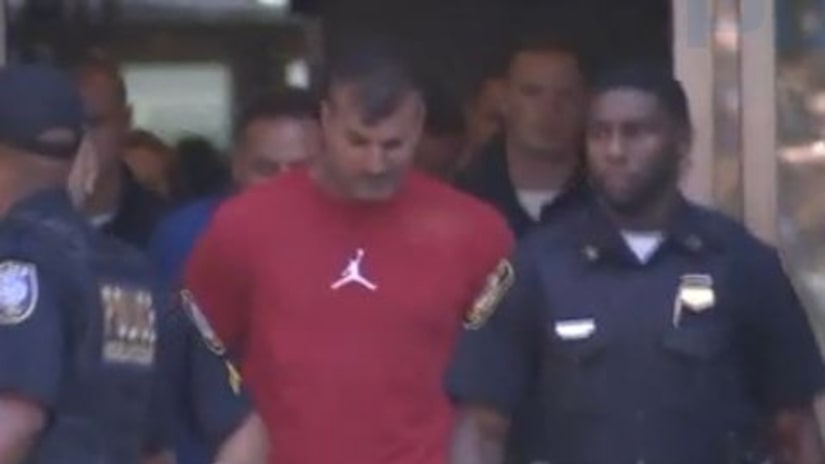 NEW YORK -- (WPIX) -- Three Brooklyn men have been arrested in connection with two recent bank heists in Brooklyn and Queens that resemble scenes straight out of a movie.

Michael Mazzara, Charles Kerrigan and Anthony Mascuzzio were charged with burglarizing the banks by cutting a hole in the roof of the building and the banks' vaults, stealing a total of approximately $5 million in cash, jewelry, diamonds, stock certificates, and other valuables.

According to court papers, from April 8 to April 10, 2016, Mazzara and Kerrigan, burglarized an HSBC Bank branch in the Borough Park neighborhood of Brooklyn.