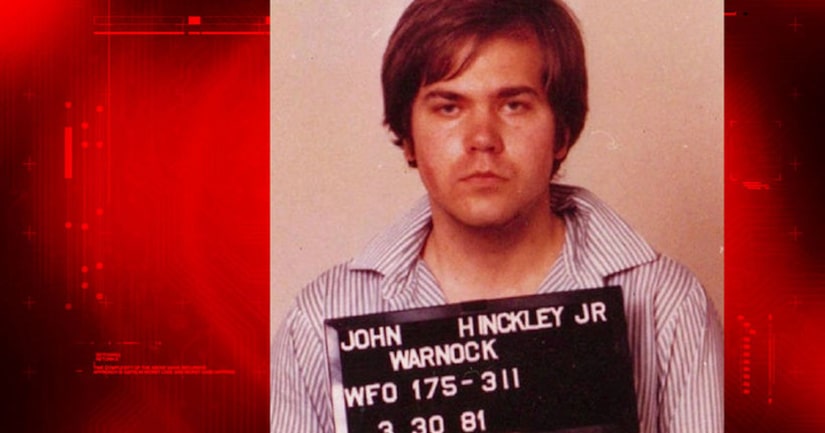 A federal judge ruled Wednesday he is no longer a danger to himself or others.

The 61-year-old will be released as soon as August 5 to his mother in Virginia with a number of monitoring requirements.

Hinckley Jr. attempted to kill Reagan and shot three people outside the Washington Hilton in March 1981.

In the judge's opinion, Hinckley Jr. "was a profoundly troubled twenty-five-year-old young man suffering from active and acute psychosis and major depression." As his mental condition worsened, it led to " a deep obsession with the actress Jodie Foster and the film 'Taxi Driver.'”

He identified with lead character Travis Bickle - who in the movie was unsuccessful in his plot to assassinate a presidential candidate to impress a young woman. Hinckley Jr. soon began traveling to Yale University with the goal of getting in touch with Foster, "leaving notes, letters, and poems at her dormitory and even speaking with her on the phone several times."

From there, Hinckley Jr. began stalking Jimmy Carter, and then Ronald Reagan. He wrote Foster a letter describing his plan to kill Reagan "to impress her." That same day he tried to execute his plan in the driveway of the Washington Hilton Hotel. Reagan was severely wounded in the shooting along with his press secretary, secret service agent, and police officer.

Today, however, the judge states that since Hinckley Jr.'s last suicide attempt in 1983, "he has displayed no symptoms of active mental illness, exhibited no violent behavior, shown no interest in weapons, and demonstrated no suicidal ideation."

"The government and the Hospital both agree that Mr. Hinckley's primary diagnoses of psychotic disorder not otherwise specified and major depression have been in full and sustained remission for well over twenty years, perhaps more than 27 years."