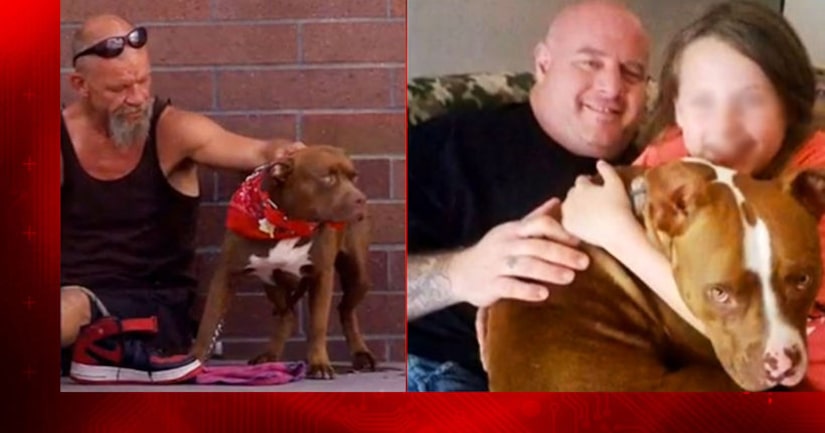 DALLAS -- (WFAA) -- Lorne Ahrens was a cop who loved his dog, a pit bull, which may be the reason the fallen officer formed an unlikely bond with a homeless man.

Bill Connor and his pit bull named Gracie spent a lot of time outside a local convenience store. That's where he met Officer Ahrens.

“I didn't know officer Ahrens' name, he knew me as little Bill and I knew his as 'Meat'," said Bill.

“He said if there's anything that dog ever needs, you just tell any Dallas cop that 'Meat' said get it and I'll pay that cop back,” Bill remembers.

Recently, he got into trouble and Gracie wound up in the pound. When he got out of jail, he went to rescue his dog but couldn't afford the bill.

Not knowing what to do, he took Officer Ahrens up on his word.

“I called and said I need to talk to the big white dude, his name's 'Meat',” said Bill.

True to his word, Officer Ahrens got Gracie out of the pound and drove Bill to pick up the dog.

Bill and Gracie last saw Officer Ahrens July 6. He promised to bring dog food the next day, but he never made it.

“I didn't know he was dead,” said Bill. “I know we're not supposed to question God's word, but man. He's confusing.”

Bill says he'll ever forget the cop who cared for him and his dog.