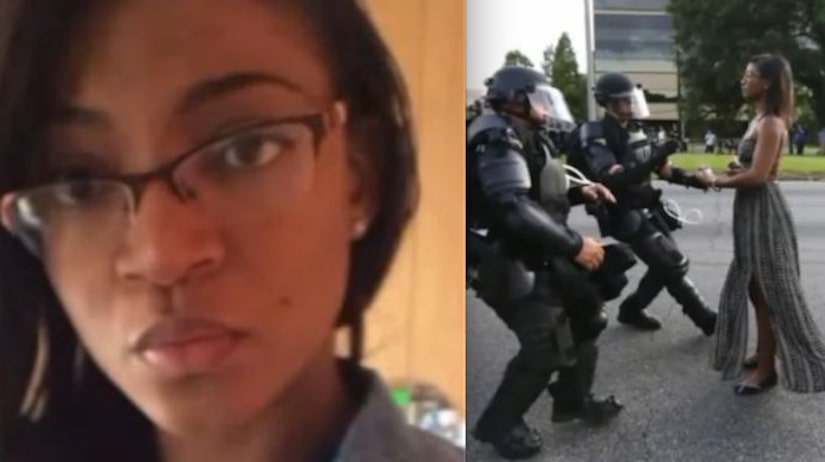 BROOKLYN, N.Y. -- (WPIX) -- Of the thousands of images that have emerged in the wake of shootings in Baton Rouge, Minnesota and Dallas, a few have stood out.

One of the most widely distributed images, of a woman facing a line of riot police at a protest in Baton Rouge, has a strong New York connection: the woman is from Brooklyn.

Her image, and its having been shared instantaneously millions of times over, make them an integral part of the larger, ongoing, passionate conversation about the issues of race and interaction between police and their communities.