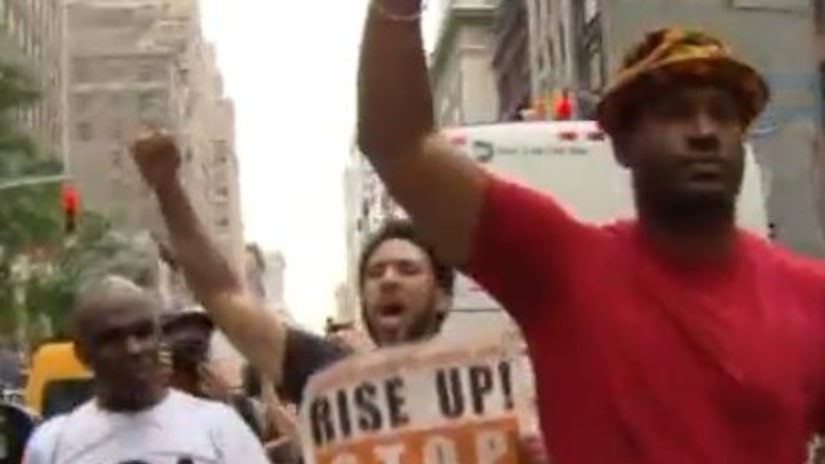 The protesters on Thursday chanted "The people united, never be divided" and "Hands up don't shoot." Police scrambled to keep up with the crowd as the group left the park and marched up Fifth Avenue.

It was reported that about 500 people staged a "sit down" at West 42nd Street and Seventh Avenue.

A second group gathered in Times Square where many were arrested by the NYPD. Another group headed to Harlem, and continued protesting into early Friday morning.