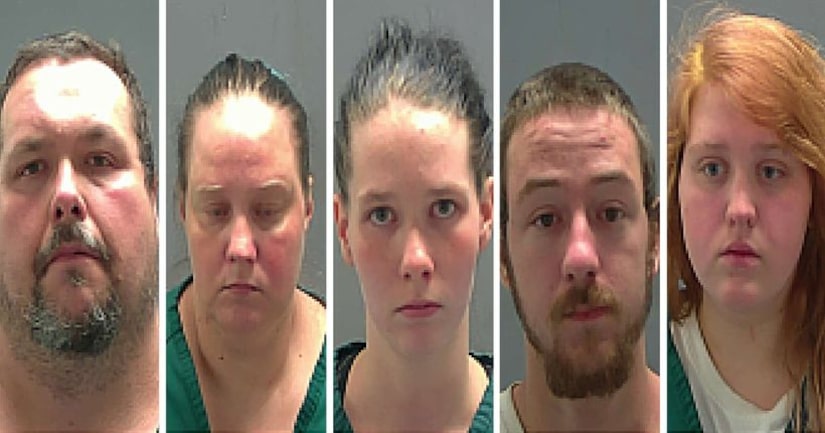 AMITE, La. -- (KTLA) -- Five people in Amite, Louisiana, have been arrested for human trafficking and cruelty to the infirmed after deputies discovered a 22-year-old woman with autism living in a backyard cage.

Deputies were responding to a complaint filed on June 30 alleging a 22-year-old woman was being held in a cage, according to KTLA sister station WGNO, citing the Tangipahoa Parish Sheriff's Office.

When deputies searched the home, they found the young woman wandering around the backyard.