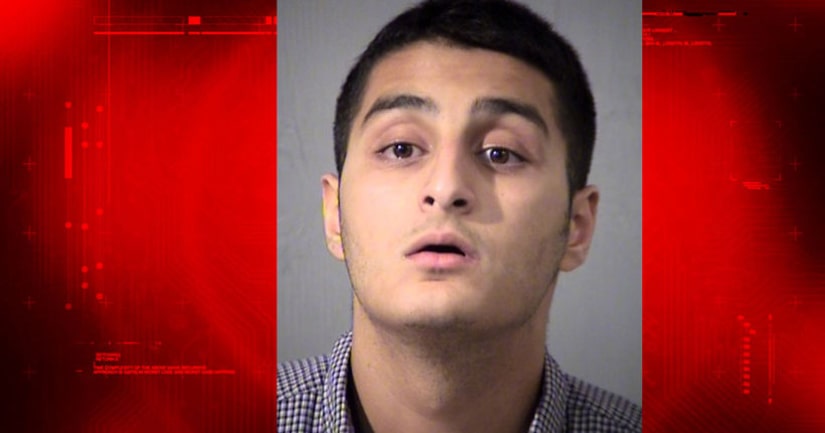 The indictment is a result of a investigation by the FBI.

The Federal Bureau of Investigation and Arizona Attorney General's Office said Mahin Khan sent several emails to another person in an attempt to obtain assault rifles and pressure cooker bombs for a “martyrdom operation,” documents said. He also said in the emails that he is an American Jihadist who supports ISIL.

The documents also said that Khan made mention of possibly targeting an Air Force recruitment center in Tucson and Mission Bay, California. He also said he has made attempts to get in touch with Tehrik-e Taliban, a terrorist organization in Pakistan, to obtain bomb recipes.

Earlier this week, an Arizona attorney general spokesperson said Khan was also conspiring to commit acts of terrorism on government buildings in Pima and Maricopa counties.

Khan was arrested Friday in Tucson and charged with conspiracy to commit terrorism and terrorism.