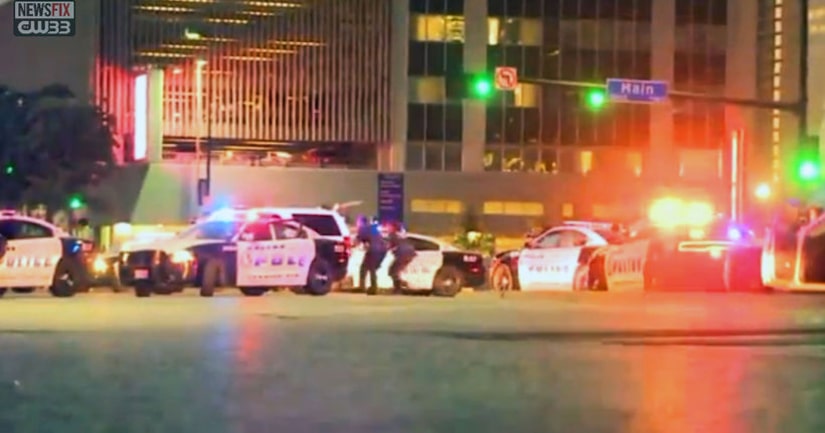 Fourteen people were shot; 12 were police officers, five of which have died.

A suspect is dead after a standoff with police in the El Centro College parking garage. During the standoff, the suspect said he had bombs placed all over the garage.

After negotiations failed, gunfire was exchanged and a bomb robot was used to denote a device near the suspect, killing him.

A second female suspect was taken into custody.