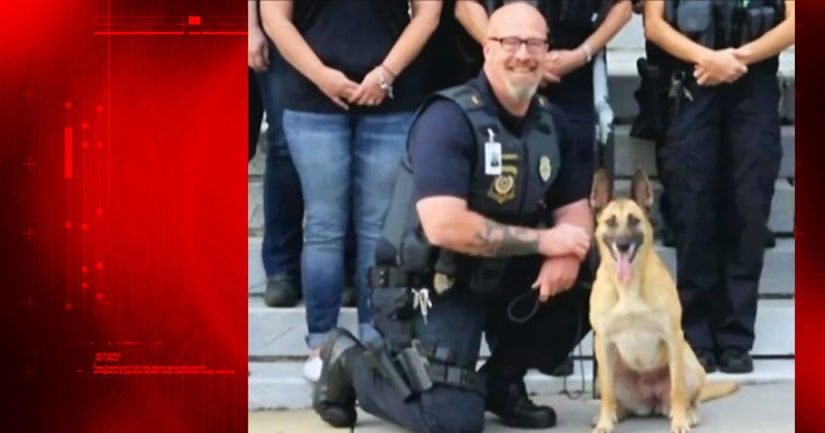 CHEROKEE COUNTY, Ga. -- (WGCL) -- Court authorities confirm Lt. Daniel Peabody of the Cherokee County School Police Department has been taken into custody related to the death of his K9.

Peabody was charged with aggravated cruelty to animals and making false statements to a law enforcement officer.

Police say Peabody, who works with Cherokee County Schools, arrived home around 4:15 p.m. on Friday and turned his patrol car off, leaving the 4-year-old K9 in the back of the car to deal with another dog inside his home.

The officer remembered that he left the K9 in his patrol car around 7 p.m., according to police, which is when he found that the K9 was dead.

He was booked into the Cherokee County Adult Detention Center. His bond was set at $22,400.

FULL STORY: Officer in custody after K9 dies while inside patrol car for nearly 3 hours - WGCL