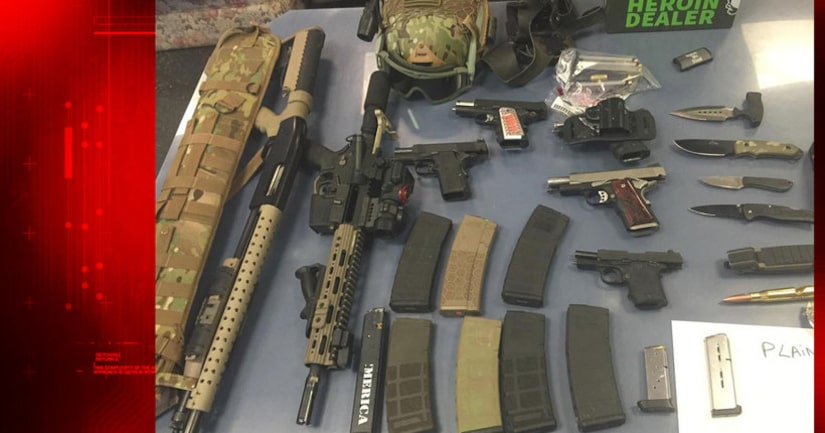 NEW JERSEY -- (WPIX) -- Three people have been arrested after a cache of weapons, including some that were loaded, were found in their vehicle near the Holland Tunnel in New Jersey on Tuesday, according to the Port Authority of New York and New Jersey.

Two men in their 50s and a woman in her 20s were initially stopped by Port Authority Police at the tunnel because of a cracked windshield around 7:40 a.m.

Multiple weapons, including rifles and handguns, were allegedly located in the vehicle and all three people were subsequently arrested.

Some of the weapons were loaded, officials said.

The FBI initially investigated the incident, but it was later determined to be a local matter.