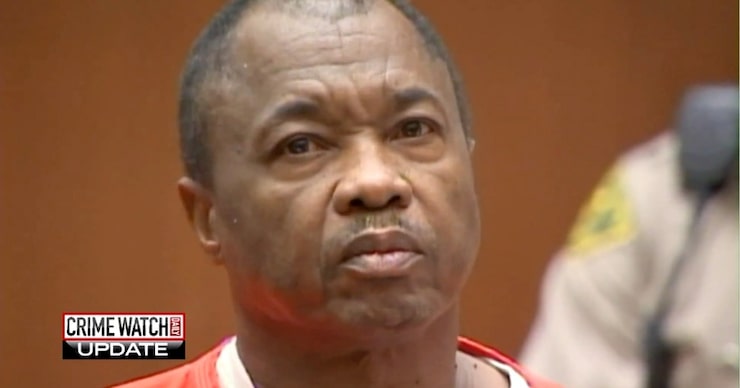 The sentencing comes about a month after 63-year-old Lonnie Franklin Jr. was found guilty on 10 counts of murder and one count of attempted murder in the deaths of nine woman and a 15-year-old girl over more than two decades.

The jury composed of seven women and five men deliberated for eight hours before returning the penalty phase verdict, according to a news release from the DA's office.

They listened to evidence tying Franklin to four additional homicides between 1984 and 2006, and also heard testimony from a woman who said she was kidnapped and raped by the defendant and his Army buddies in 1974, the release stated.

The sentencing decision drew sighs of release from the victims' relatives, some of whom let out sobs as their loved one's name was read aloud in the courtroom, the Los Angeles Times reported.

Franklin, meanwhile, did not appear to show emotion as the decision was read, remaining stoic as he has throughout the trial, according to the newspaper.

The former city sanitation worker was convicted of killing the female victims between 1985 and 2007. The gap between homicides prompted the "Grim Sleeper" nickname.

Prosecutors said the victims were raped before being shot or strangled. Their bodies were then dumped in South L.A.

All of the victims were found in alleys, covered in debris, thrown into trash containers or dumped into bushes, a news release from the L.A. County Deputy District Attorney's office said following Franklin's conviction.

Franklin will be back in court on August 10 for sentencing before L.A. County Superior Court Judge Kathleen Kennedy.