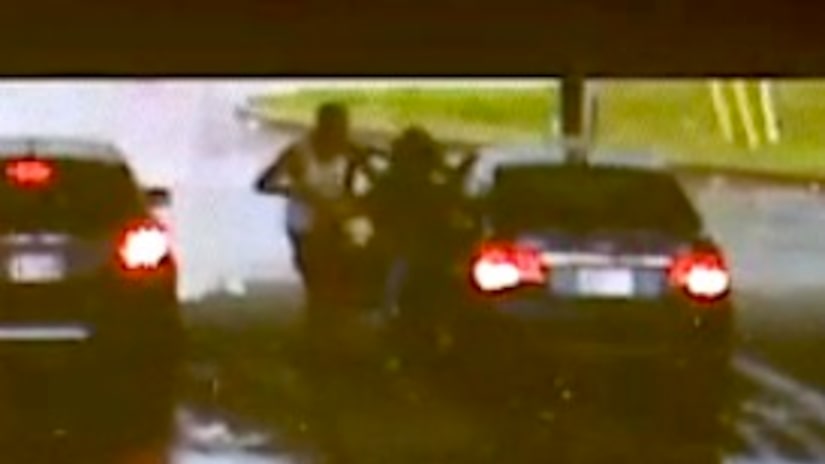 INDIANAPOLIS -- (WXIN) -- Surveillance footage from an east side gas station shows a 24-year-old woman getting robbed then beaten in the parking lot in the middle of the afternoon on Wednesday.

“He told me, let go of my purse…or I will kill you,” said Karia Carver.

Carver says the suspect approached her at the Marathon gas station at 8005 East 42nd Street, asking to pump her gas, then turned violent seconds later.