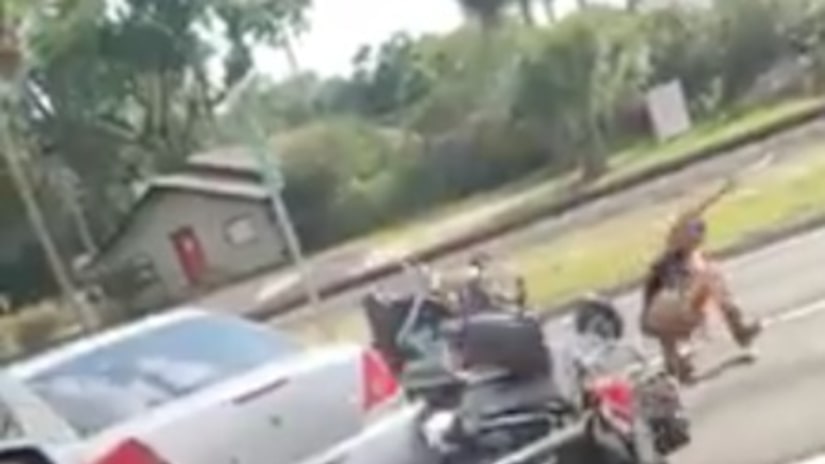 Cellphone video shows what appears to be a driver of a silver car deliberately plow down two people on a motorcycle.

The incident happened around 5:35 p.m. on Monday.

Garcia told local media outlet WFTS he saw the two yelling back and forth.