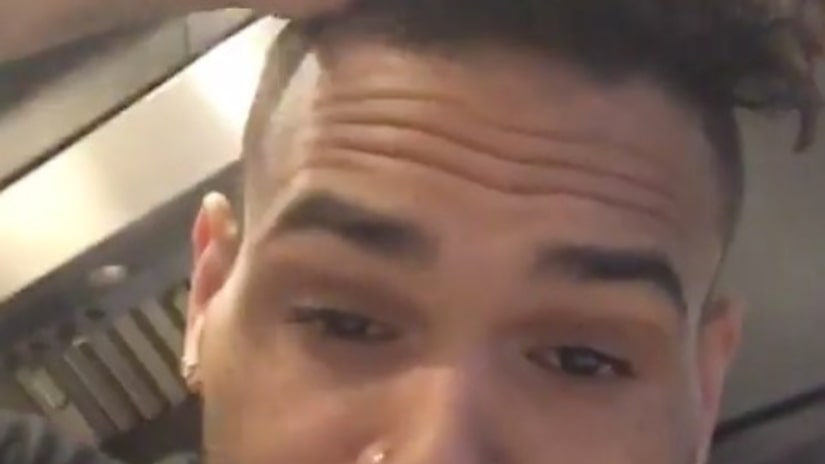 LOS ANGELES -- (KTLA) -- Disturbing the Peace isn't the name of R&B singer Chris Brown's latest release. But it could be the next criminal charge he faces for doing doughnuts on an ATV in his Tarzana neighborhood.

Los Angeles police Capt. Paul Vernon said a neighbor of Brown's on Citrus Ridge Drive warned that the ATV was dangerous on the suburban street, complained about the noise and asked that he stop. Vernon said Brown responded “with a series of obscenities at the guy.”