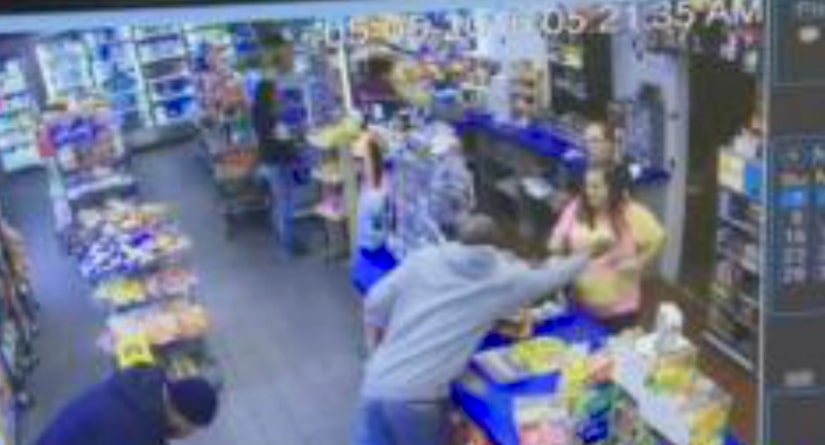 TOLEDO, Ohio -- (WGCL) -- An attack against a pregnant woman during an attempted robbery was caught on camera in central Toledo Wednesday.

The attack happened at the Sunoco gas station on Bancroft and Ashland around 4 p.m.

Desiree Hunt, the pregnant clerk, was holding the cash drawer when a man leaned over the counter and tried to grab it from her.

The video shows Hunt close the drawer and turn to protect her stomach.