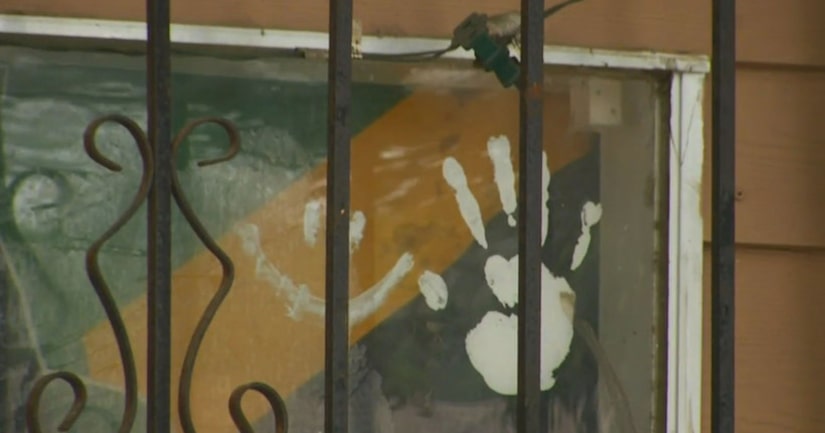 SAN ANTONIO -- (KABB) -- It's something that brought tears to their eyes. Bexar County Deputies say they found two toddlers chained and tied up outside a Northeast Bexar County home Friday morning.

According to the Bexar County Sheriff's Office, they received a tip from an anonymous caller at about midnight to check on the welfare of a child on Chipping Street.

A neighbor said a child could be heard loudly crying in the backyard of a home. There, they found a 2-year-old boy chained at the ankle to a tree. A 3-year-old girl was found tied to a door with a dog leash.

The girl is now in intensive care at Children's Hospital of San Antonio with a broken arm.

Six other children were found inside the home and they appeared to be okay. Deputies said there were no adults present.

The toddlers were in the care of a 34-year-old woman now in custody. Deputies say her own six children were inside the home and they seemed to be OK.

All eight children were placed with Child Protective Services.