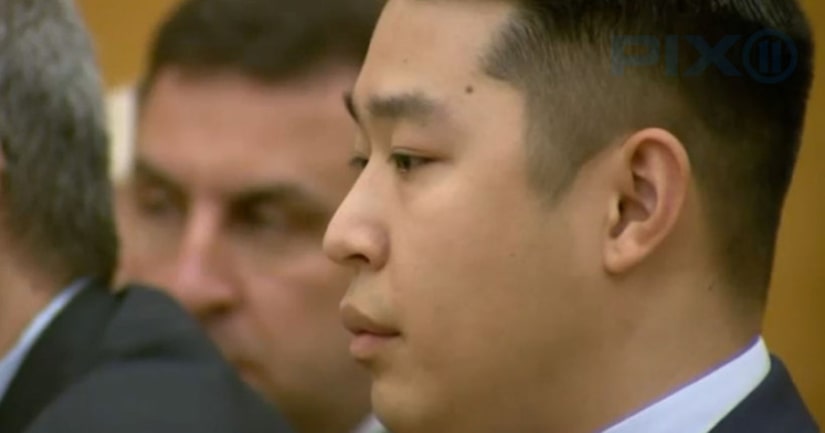 Liang has been sentenced to five years of probation and 800 hours of community service.

Liang was previously convicted of manslaughter in the accidental shooting death of Akai Gurley, who was unarmed, in a darkened stairwell in a NYCHA building.

Liang was fired from the police force shortly after the February jury verdict in the death of Akai Gurley. The 28-year-old rookie was patrolling when he opened the stairwell door inside the Louis H. Pink Houses and fired once. Gurley, also 28, was walking down to the lobby and was struck by the bullet that had ricocheted.

“My office vigorously prosecuted Peter Liang for manslaughter because the evidence established that his conduct was criminal and the rule of law demanded that he be held accountable for his actions in taking Akai Gurley's life," said District Attorney Ken Thompson in a statement Tuesday afternoon.

Thompson said while he believes his sentencing recommendation was fair "under the unique circumstances of the case," he disagrees with the decision to reduce the jury's verdict. He says they will fight to reverse it on an appeal.

Judge Danny Chun could still sentence Liang to prison. A manslaughter conviction carries up to 15 years behind bars.

"Mr. Liang, who is now a convicted felon, forfeited his career as a police officer and must now always live with the fact that he recklessly caused Mr. Gurley's death," said Thompson.

Emotions ran high outside of the courtroom with Gurley's family and supporters upset by the decision.