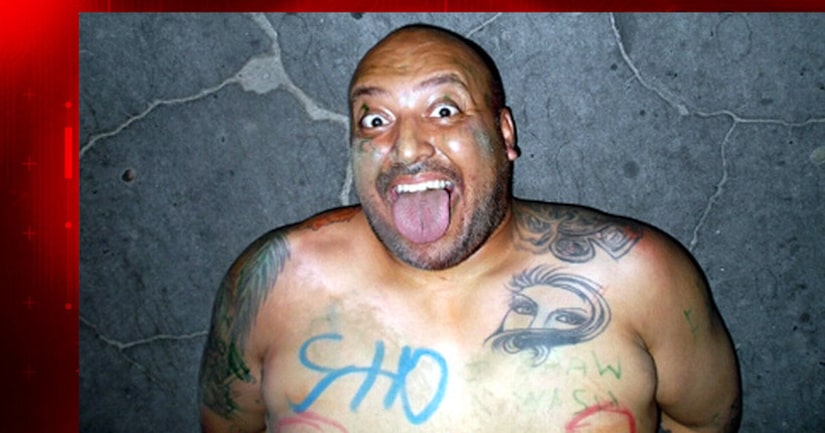 FRESNO COUNTY, Calif. -- (KTLA) -- A man watering his lawn while naked was arrested after he allegedly threw a beer bottle at a Fresno County sheriff's deputy before making threats with a knife on Wednesday, authorities said.

A deputy responded to the 400 block of Sixth Avenue Drive in Kingsburg around 7 p.m. after receiving a report of a nude man watering a yard. The subject, identified as 37-year-old Robert Lopez, was “known to be hostile toward law enforcement,” according to a news release from the Fresno County Sheriff's Office.

An officer from the Kingsburg Police Department was also dispatched to the scene.

They arrived at the location and discovered Lopez naked and drinking beer in the yard, the release stated.

The deputy told Lopez to put on clothes, but he refused and became combative, authorities said. The suspect then started cursing at the deputy and allegedly threw a glass beer bottle in his direction.

Lopez then allegedly threatened the deputy, telling him he would get a gun and shoot him, the release stated. At that point, he put on his shorts and went inside the house.

Meanwhile, the deputy grabbed a rifle from his patrol car for protection following the alleged threat.

Lopez emerged from the home less than a minute later, allegedly holding a knife with an eight-inch blade, according to the release.

He took 10 steps toward the deputy before being commanded to drop the weapon by the law enforcement personnel, who threatened to shoot Lopez if he didn't comply with the order, the release stated.

Lopez dropped the knife, but then allegedly picked it up again and threw it at the deputy. The knife missed, hitting a fence instead, according to the Sheriff's Office.

After throwing another beer bottle toward other deputies who had responded, an assisting deputy fired a bean bag round at him, the release stated. The round hit Lopez in the stomach.

He fell to the ground and was handcuffed. Lopez was transported to a hospital for evaluation and arrested.

The suspect was booked on felony charges including assault with a deadly weapon on a peace officer and resisting arrest, and a misdemeanor charge of indecent exposure, the release stated.