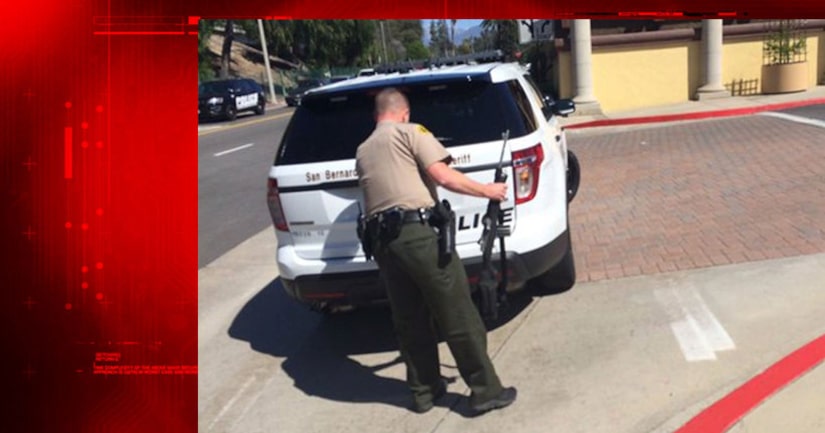 REDLANDS, Calif. -- (KTLA) -- A man who had been holding his ex-girlfriend hostage Thursday afternoon after an apparent “domestic violence shooting” at an Office Depot in Redlands was shot and killed by police, according to authorities.

Authorities initially responded about 2:20 p.m. to a report of an armed person at an Office Depot, according to Brian Lawson, a dispatch supervisor with the Redlands Police Department.

A police official at the scene confirmed the armed person shot someone in the finger, and was holding his ex-girlfriend hostage. The incident was described as a “domestic violence shooting” by the San Bernardino County Sheriff's Department.

Redlands police Chief Mark Garcia tweeted that one person was shot inside the store at onset of the incident, and had injuries that were not life-threatening.

At some point around 4:30 p.m., officers moved in and an officer-involved shooting occurred, according to sheriff's spokeswoman Cindy Bachman.

The armed man was shot by officers and was pronounced dead at the scene, Bachman said at a news conference following the shooting.

The female victim was transported to a local hospital by helicopter, according to Bachman. The extent of her injuries was unknown.