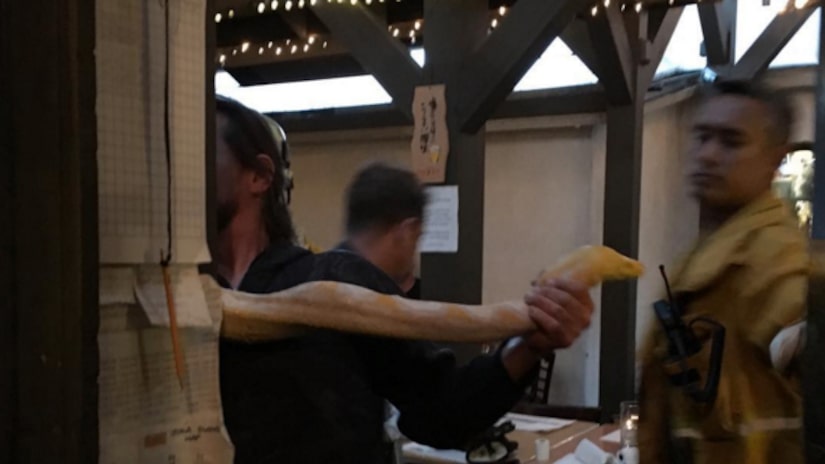 LOS ANGELES -- (KTLA) -- Hiroshi Motohashi was angry with the management of the Studio City sushi restaurant, so police said he decided to leave something for other customers to remember him by.

Instead of “dropping the mic” after a memorable rant, officials say the 46-year-old man dropped a 13-foot-long snake in the middle of the restaurant — then slithered out.