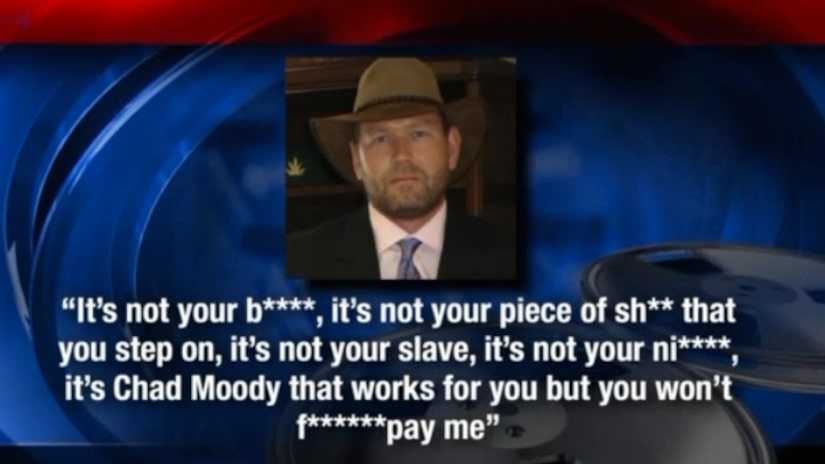 OKLAHOMA CITY -- (KFOR) -- One client is speaking up saying he's fearful for his life and doesn't know what to do after he claims his attorney, Chad Moody, is threatening him for lack of payment.

The client said he's afraid for his life after Moody used racial and derogatory language in a voicemail left demanding payment for his services.

FULL STORY: Attorney allegedly threatens clients: 'I would love to see your a-- in prison' - KFOR