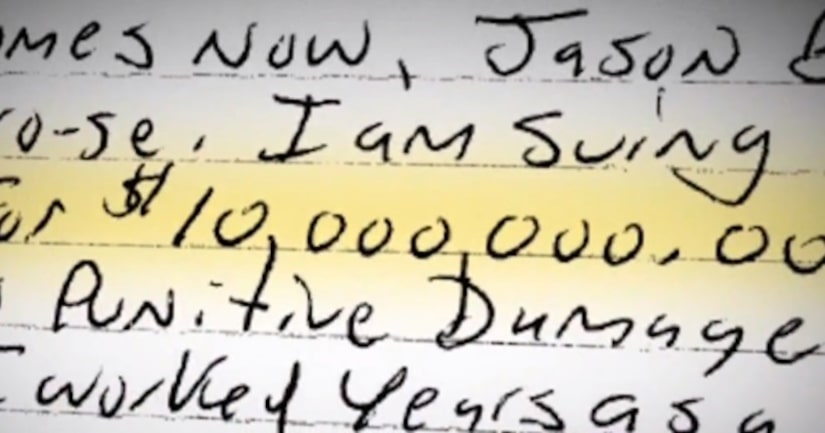 UPDATE 8:12 p.m. CT Multiple sources now say the report of the lawsuit is in fact a hoax.

KALAMAZOO, Mich. -- (WXYZ) --The man accused of shooting people at random in Kalamazoo has filed a federal civil rights lawsuit against Uber, contending they ruined his life.

Jason Dalton filed the two page handwritten lawsuit in the United States District Court for the Eastern District of Michigan. According to court records, the envelope that was used to file the lawsuit is postmarked March 11.