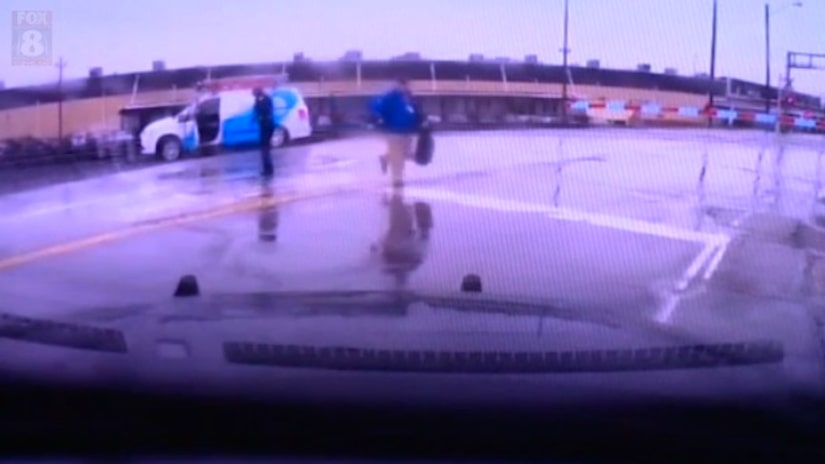 The video also shows how a police officer helped to protect the driver of the van just before impact.

It happened near Route 237 and Holland Road on Thursday. Police said an AT&T van skirted through the railroad gate and became stuck on the tracks.