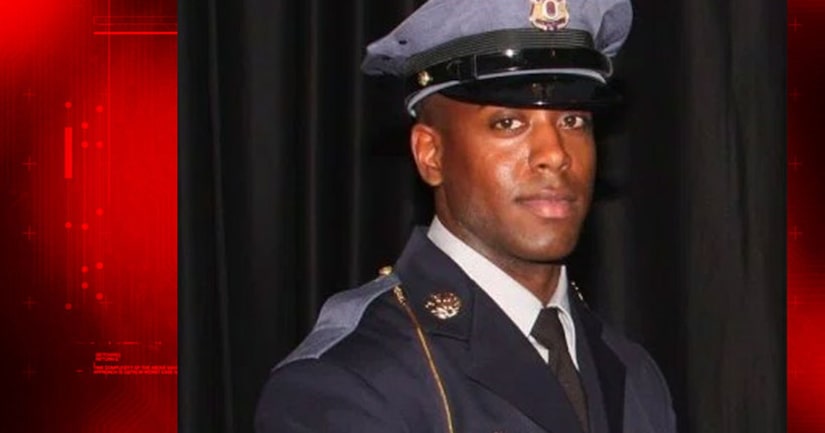 During the exchange, the suspect was wounded, Stawinski said. He is expected to survive. A second suspect was also arrested.

According to Stawinski, the suspect opened fire on the first officer he saw. Other officers then became aware of what was happening and returned fire.

“It wasn't about anything. This man launched an attack on a police station, ” the chief said about the suspect. “Officers weren't in the process of apprehending him or engaging him in any way. They were going about their business on a Sunday afternoon, at their home, when they were attacked.”

Colson was assigned to the department's Narcotic Enforcement Division and had worked as an undercover officer — though that had nothing to do with his killing, Stawinski said.

In a statement, Maryland Gov. Larry Hogan said he was “shocked and saddened” by Colson's killing. He ordered that flags fly at half-staff in his memory.