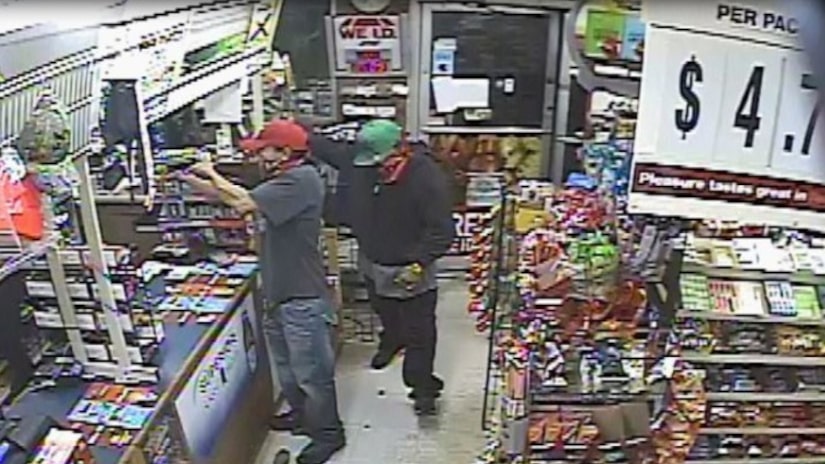 GUTHRIE, Okla. -- (KFOR) -- Police are searching for two men who robbed a convenience store in Guthrie.

On Wednesday night, officers were called to the Minimart, near Sooner and Division, following reports of an armed robbery.

Authorities say two men, who were armed with a shotgun, went into the store wearing baseball caps and bandannas covering their faces.