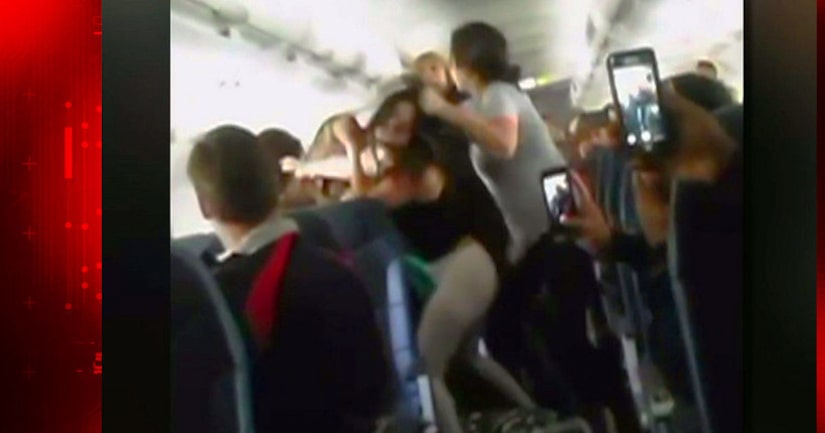 LOS ANGELES -- (KTLA) -- Cellphone video captured a brawl that broke out between passengers aboard a Spirit Airlines flight from Baltimore to Los Angeles Wednesday.

The video showed a group of women throwing punches and pulling each other's hair as startled passengers looked on.

At one point, a woman who apparently fell during the melee is seen getting up and grabbing another woman by the hair in order to get back into the skirmish.

The brawl was sparked by a "boom box" that was apparently playing loud music during the flight, the Los Angeles Times reported.

When passengers complained, the two women playing the radio refused and actually held the boom box up in the air, Spirit Airlines spokesman Paul Berry told the Times.

Another group of passengers then approached the two women and the fight began, according to Berry.

Police met the crew when the plane landed and pulled five women involved in the fight off the plane, LAX police spokesman Rob Pedregon told the newspaper.

The FBI looked into the incident but did not charge any of the passengers, the Times reported.