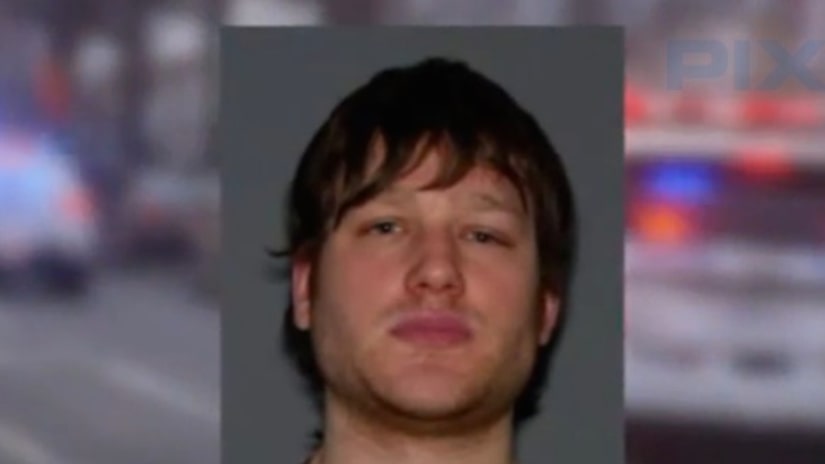 QUEENS, N.Y. -- (WPIX) -- ASTORIA, Queens – Two NYPD members were sprayed with an accelerant and burned on Sunday night in the final moments of a manhunt for a 23-year-old who went on a violent spree earlier in the day, authorities say.

The suspect, Patrick James Dillon, had slashed a woman, burned one man and fatally stabbed another before being shot in both legs by police, authorities said.

He was arrested in the Astoria neighborhood of Queens, following the manhunt -- which involved "hundreds" of police officers -- according to the NYPD.