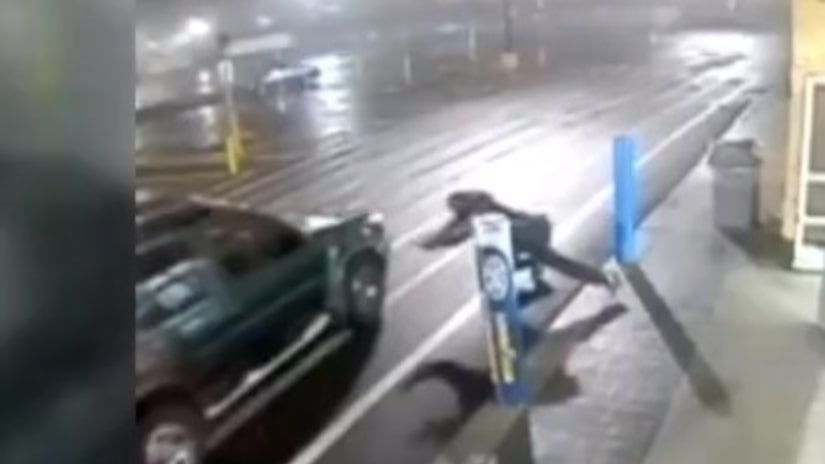 COLUMBIA, S.C. -- (WSOC) -- A South Carolina shoplifter was nearly run over after swiping some meat from a Walmart and heading for the exit.

In surveillance video, the man can be seen running out of a Columbia Walmart, dodging a wet floor sign before bolting out the door.

But as you see him run outside, the suspect is unable to dodge an SUV.

The man trips and falls, nearly being run over by the vehicle, before scrambling to his feet and running away.

Police have not caught him and officials said he stole about $40 worth of meat.