An Atlanta psychiatrist was arrested on January 14 after more than 12 of his patients died after being prescribed pills by him.

A DEA raid of Dr. Narendra Nagareddy's office sent shockwaves through the Atlanta suburb of Jonesboro, Georgia. About 40 federal and state agents conducted the after-dark raid.

Nagareddy is accused of operating a "pill mill," charged with unlawfully prescribing large amounts of painkillers and tranquilizers.

Clayton County Police Chief Mike Register calls him "Dr. Death," telling a local TV station: "The guy may call himself a doctor, but if the allegations are true, I call him a drug dealer."

One of those who died from an overdose was Audrey Austin, a mother of two little boys.

"The little one is four now and when he gets upset he cries for his mommy," said Lynn Austin, Audrey's mother-in-law.

According to the search warrant, Audrey was prescribed 90 Alprazolam tablets, an anti-anxiety medication and 90 methadone tablets. Her husband told investigators the prescriptions made her "drowsy and drugged."

Another patient tells investigators she was so addicted to an anti-panic medication she could "eat them like Tic Tacs."

An investigation by the Atlanta Journal-Constitution shows that Nagareddy wrote more prescriptions for two highly addictive drugs, Alprazolam and Clonazepam, than any other psychiatrist in Georgia.

Nagareddy has been in practice for 15 years and has no ethics complaints against him.

Nagareddy's office is closed, and his home and Mercedes were seized.

A new law in Georgia, similar to the federal Racketeer Influenced and Corrupt Organizations Act (RICO), allows authorities to take assets they believe were gained through illegal activity.

Nagareddy can't practice at the moment. The Georgia State Medical Board suspended his license pending the resolution of the criminal charges. 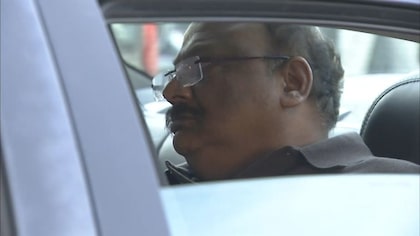