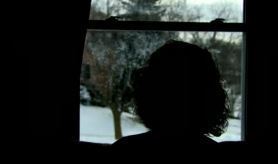 PEWAUKEE, Wis. -- (WITI) -- It's one thing to know a sex offender lives in your neighborhood. It's quite another to learn it's the man who raped you. FOX6 Investigators show you what happened when a rape survivor told the state about the man they unwittingly placed right around the block.

With more communities restricting where sex offenders can go, the state is having a tough time finding places to put them. That may explain how the Wisconsin Department of Corrections responded when a rape victim told them her attacker was too close for comfort.

Fifteen years after the high school party that changed her life, a wife and mother -- whom we'll call Christine -- is reliving the nightmare. As a victim of sexual assault, she asked that we not use her real name.