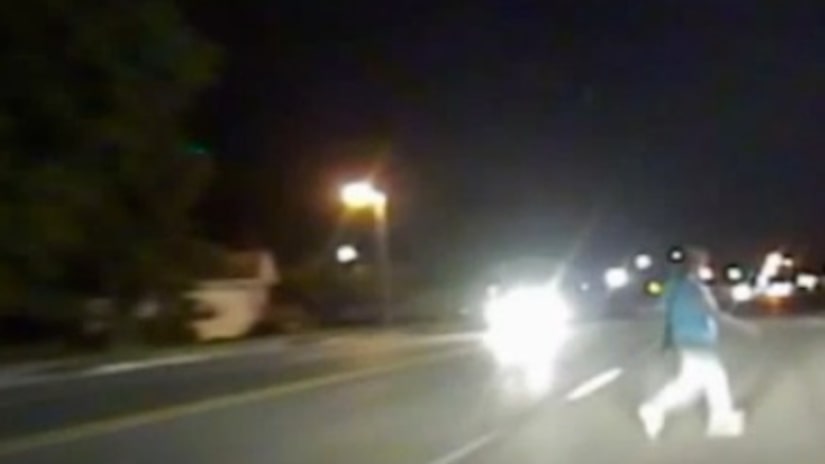 BERRIEN COUNTY, Mich. -- (WXMI) -- Months after a 48-year-old Hartford woman was hit by an officer while crossing the street, prosecutors have released dash camera video of the incident.

It happened on September 20th, as Benton Township Officer Eugene Anderson was rushing to respond to a domestic disturbance call. Kimberly Bedford, 48, was crossing Pipestone Road near Indiana Avenue when she was struck by the officer's cruiser. In the video, Officer Anderson is heard immediately calling for emergency services and back up to arrive at the scene.