The college library was always a safe haven for Kassie Edwards. It was impossible for her to imagine any danger lurking behind the rows of books at the Florida State University library where she worked part-time, especially in the middle of the day.

"It was Halloween, so a lot of students were out getting ready for parties that night," said Kassie Edwards. "So there weren't too many people. There was nobody on that floor actually when I walked in. So the lights came on and I noticed a man in a hoodie and he walked past me, and then I walked to the shelf where I started shelving books.

"He came back down my aisle, that's when he put his arm around my neck and he raped me," said Edwards. "I was going to scream but he put his hand over my mouth. He said 'Don't say nothing' and then he pointed to his waist pocket as if he had a gun.

"He made me count backwards from 100 and he told me not to say anything to anybody, and then he took my ID badge and then he left," said Edwards.

She had been savagely attacked for almost 30 excruciating minutes in a deserted library corridor. That experience became even more terrifying once Edwards reported it to police and found out who raped her.

"I was able to obtain warrants for him for sexual battery with a firearm," said Leon County Sheriff's Sgt. Wiley Meggs.

Cops say Edwards's bravery helped them track down her attacker. Though rape kits across the nation often sit idle, DNA from hers was tested quickly and the results ultimately led to a dangerous assailant who had victimized others.

Haywood Henry was more of a monster than they ever imagined.

"He murdered his girlfriend," said Edwards.

"She was shot in the back of the head with a sawed-off shotgun," said Sgt. Meggs.

The victim, Mileah Lindsey, was Henry's girlfriend. She was found dead by her young child in the home she shared with Henry.

Henry was only 19 at the time, but as the police investigation revealed, he's done a lot of damage in his young life as a serial rapist.

"Hayward Henry was very angry, very violent, he was always armed when he went out," said Sgt. Meggs. "One lady that he raped he beat so brutally she was almost unrecognizable."

One underage victim told police that Henry actually showed remorse while assaulting her.

"She began to cry and told him that she had been raped prior and did not want to have to live through that kind of experience again, so he apologized and stopped," said Meggs.

"I would have periods where I relived what happened to me over and over again, and it felt like it was fresh new trauma," said Edwards.

Until he was caught.

"He had broken into another house in the neighborhood and was hiding in a closet," said Sgt. Meggs. "The SWAT team went in, surrounded the house and went inside and eventually located him inside the refrigerator of the home."

Police later learned that Henry was wearing his victim's clothing while he was hiding out.

"It was never determined if he was in fact a cross-dresser or if he was just doing this to elude capture by law enforcement by posing as a woman," said Meggs.

But they do know that Henry had serious issues with women, evident not only by his rap sheet, but by the female officers who tried to interview him after he was arrested.

"He got up out of the interview chair and got in a corner and pulled into the fetal position and would not look at the female officers while conducting the interview," said Sgt. Meggs.

Hayward Henry was eventually convicted of murder and seven sexual assaults and is now serving life in prison with no chance for parole.

But before he was sent to prison, Edwards believed she'd always be living in fear, serving her own life sentence too.

"Rapists don't rape one time. They've done it before and will do it again if they get away with it, so it's kind of empowering to get somebody locked up and put away for something they did to you," said Edwards.

She's now become a champion for change to get more support for victims and for funding rape kits like the one that helped catch her assailant.

"I think it's absolutely a disgrace that these rape kits are not tested. I think it should be a priority so that we can get these backlogs of rape kits tested and that we can match them to criminals," said Kassie Edwards. "We need to get those people locked up."

According to End the Backlog, a non-profit organization fighting to fix the problem, the state of Florida has more than 13,000 rape kits that are backlogged right now. States like California and Colorado have more than 6,000 kits that still need to be tested.

Check your state here: Where the Backlog Exists .

If you or someone you know has been sexually assaulted, visit the Rape, Abuse & Incest National Network , or call the RAINN National Sexual Assault Hotline 1-800-656-HOPE (4673). 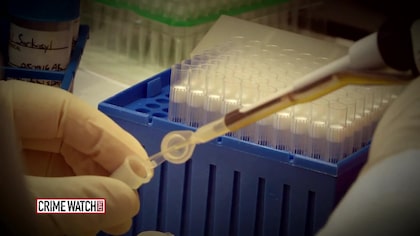 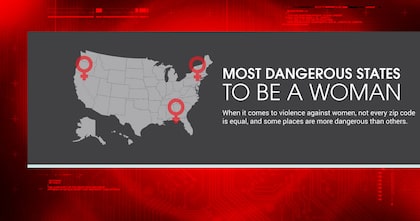 Most Dangerous U.S. States to Be a Woman 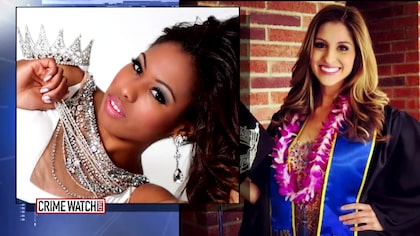