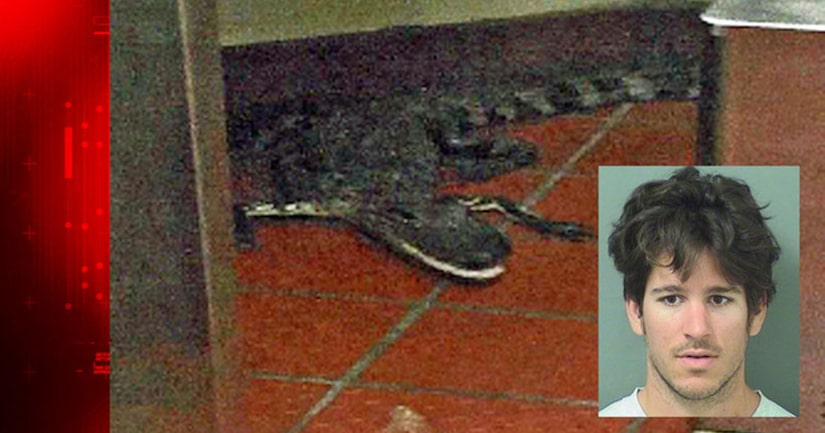 WEST PALM BEACH, Fla. -- (WPTV) -- Gator wasn't on the menu but one did make an appearance inside a Wendy's just east of Loxahatchee in Royal Palm Beach. And it wasn't by choice.

A Jupiter man threw it through the restaurant's drive-thru window, according to a Florida Fish and Wildlife Conservation Commission incident report.

It happened in October but the suspect was just taken into custody by US Marshals.

FWC officials say 23-year-old Joshua James pulled up for his order and after a server handed over a drink and turned around James reached into the back of his truck and tossed the 3-and-a-half foot gator through the drive-thru window.

The incident report showed a picture of the gator inside the restaurant.

James faces charges of aggravated assault and unlawful possession and transportation of an alligator.

The alligator was later released in a nearby canal.