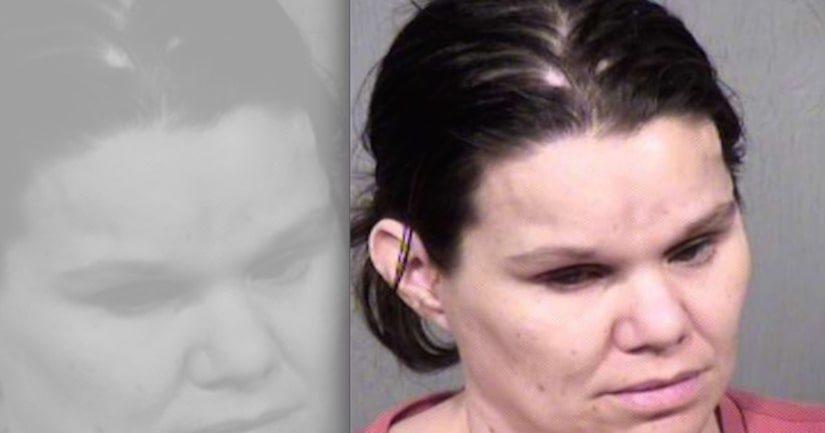 AVONDALE, Ariz. -- (KNXV) -- A blind woman is accused of hiring a hitman to kill a rival in a bizarre love triangle out of Avondale.

A Dept. of Corrections officer alerted police that an inmate source told him a woman he knows, 37-year-old Alice Marie Pleasanton, wanted to have a woman killed.

Police say that Pleasanton wanted to be the "only girlfriend" of an inmate who is in prison until 2025 for a drive-by shooting.

An undercover officer posing as a hit man contacted Pleasanton to make the arrangements for the killing. During that conversation, the officer asked for a description of the target. Pleasanton said she didn't know because she's blind, having lost her sight when she was shot in the head.