UPDATE Oct. 24, 2018: The San Diego Union-Tribune reports Julie Harper, who fatally shot her husband in their Carlsbad home as their children watched cartoons, lost her bid to have 25 years cut from her sentence.

Vista Superior Court Judge Blaine Bowman decided to keep Harper’s sentence at 40 years to life, the same term he handed her in early 2016 after a jury found her guilty of second-degree murder in the death of Jason Harper.

Jason Harper, a well-liked high school teacher, loyal husband and devoted family man was shot dead in the master bedroom of the family's Southern California home in Carlsbad on August 7, 2012. And there's no question who did it: his wife Julie.

She's a Harvard alumna turned stay-at-home mom, and he teaches math and coaches volleyball at the local high school. The Harpers, both 39, have been married for nearly 11 years, many of them happily.

They are loving parents to their three young children. But over the past few years, their marriage has deteriorated badly.

Julie claims Jason's abuse reached a deadly new level one morning during a fierce argument in their bedroom. Julie says she feared for her life.

And moments later Jason is lying dead on the floor from a gunshot through his ribcage.

But instead of calling 911, Julie hides his body under clothes lying around the bedroom, gathers up the kids who are watching TV downstairs and takes refuge with her father.

It's another 16 hours before Julie turns herself in and is charged with first-degree murder after police can find no sign of bruises or injuries on her body to support her claim of self defense.

Nor can police find the murder weapon, a Derringer .38 Special Julie says she buried -- but she can't remember where.

The prosecution alleges Julie had planned to kill her husband Jason and run, presenting surveillance shots of her withdrawing large amounts of money from the bank just before she shot him dead.

"She disposed of the murder weapon and she assembled a getaway bag with a different gun, her passport, $39,000 in cash and Jason Harper's last will and testament," said San Diego County Deputy District Attorney Keith Watanabe.

But the defense argues that getaway bag is what abused wives are advised to assemble should they have to flee in an emergency.

Julie also claims Jason had raped her some 30 times during their marriage. She says she didn't think anyone would believe her if she reported them.

Julie also says she never even meant to kill her husband, that she pulled the trigger by accident as Jason was coming toward her in a rage.

But the prosecution got the jury to "dry-fire" a .38 Derringer like the one used to shoot Jason Harper to prove the trigger was too hard to pull by accident.

The prosecution also produced forensic diagrams of the bullet trajectory showing that Jason was shot in the back, not as he was approaching her, like Julie claimed.

Jason's mother, Lina Harper, says she feared Jason was in danger from Julie. Prosecutors say Julie had become addicted to prescription narcotics she took for an autoimmune condition, had become a recluse and a hoarder. Police found 52 pill bottles in the master bedroom.

Julie Harper stood trial not just once, but twice, for the murder of her husband Jason.

At her first trial, a jury found Julie not guilty of first-degree murder, but is deadlocked on lesser charges. And the judge declares a mistrial. At Julie's retrial, the second jury convicted her.

Andrea Isom sat down with Julie Harper for an interview before she Harper was sentenced.

Since that interview, she was sentenced to 40 years to life in prison. 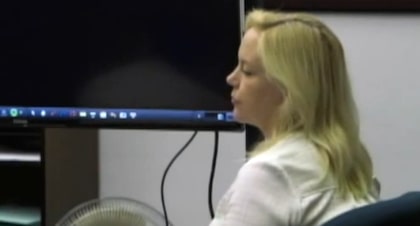 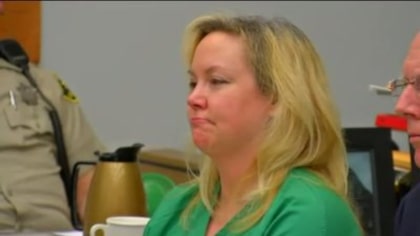