An in-depth Crime Watch Daily investigation into a staggering epidemic: 23 percent of female college students say they have been sexually assaulted.

Crime Watch Daily talks to two brave women who are now fighting to save others.

Ti'Air and Caylynn are both beautiful, smart and accomplished young women.

Ti'Air Riggins is a Ph.D. student in biomedical engineering at Purdue University.

They are both pageant winners and excellent students. But they are also members of a college club no one wants to join.

"I am a survivor of campus sexual assault," said Riggins.

Both Riggins and Simonson are sexual assault survivors who were raped on university campuses while pursuing college degrees.

Riggins found herself overpowered by someone she had known for years, a fellow engineering student and someone she thought was her friend.

"I thought that he was a good person," said Riggins. "We decided that we'd watch a movie together, but then he got really aggressive, and I kept pushing him off. I kept saying 'Please don't touch me,' or 'Please don't do that to me.'"

But the man she thought was her friend wouldn't take no for an answer.

"It was all happening, and then he was on top of me and I couldn't really grasp it, and I was just in there staring at the ceiling because I was thinking 'Is this really happening?'" said Riggins. "I remember being in pain and I remember when he was done he cleaned me off."

She says at first she was in shock. Then she went into denial.

"Once things like that happen to you and it's someone you know, you know your assailant, there's a guilt behind it and you feel guilty and you feel responsible, and you think that this person would never do that to me," said Riggins.

So she took a shower, washed her clothes and tried to scrub all the pain away.

"I kind of became reclusive after everything happened to me, I became a little more introverted. I didn't really trust people, I had a lot of mood swings, I felt that I needed to go home a lot just to be away from people. It was very hard to deal with because I developed PTSD and had nightmares," said Riggins.

Almost a month later, after getting counseling, she was finally ready to report the assault.

Caylynn Simonson had an eerily similar experience. She was assaulted by someone she agreed to meet for a casual date.

"One of the conditions of meeting up, I said 'I don't really want to go back to your dorm, I don't feel comfortable,'" said Simonson. "But I felt a little pressured into going.

"Basically right after going into the room the assault starts happening, pretty much right off the bat," said Simonson. "Obviously, the 'NO' was uttered probably over 50 times. That's pretty much all that was really said. I was in disbelief and of course I was scared, and I was thinking, 'What are all the things that I can do to get out of here?'

"When someone is basically using force and some kind of fear in that way, your fight-or-flight response is really just to not get hurt and to try and get out as quickly as possible," said Simonson.

Simonson says she immediately reported the rape to police. Her attacker was charged with sexual assault, and later pleaded guilty to assault. He got six months in jail and was expelled from UCLA after several other girls reported he assaulted them too.

"You feel so powerless over basically what your body is used for," said Simonson. "And I felt like my pleas weren't heard and that I was being completely ignored and essentially overpowered."

Still, Simonson says, she was embarrassed this had happened to her.

"I felt a little ashamed at that point for what had happened and I was essentially scared to tell my mom," said Simonson.

A fear that keeps many victims from ever reporting these brutal crimes, making it hard to track how many students have actually been victimized.

"One in four, one in five college-aged women are sexually assaulted, and so it's a large number, larger than we even realize, and this may not happen to you, but it will happen to someone you know," said Simonson.

Experts say that many colleges are just starting to put protocols in place to deal with these crimes.

"We don't know as a society how to really prevent sexual violence," said said Brett Sokolow, executive director of ATIXA: Association of Title IX Administrators. "So before we point a finger at colleges and say 'Well they're not great at it,' I think there's only one other system we have that's kind of worse than colleges, and it's criminal prosecution of sex offenses."

One of the reasons is still the stigma associated with rape. Ti'Air Riggins admits she was hesitant to tell authorities she had been assaulted.

"I just came here to do my research, and I'm writing my Ph.D. in a male-dominated field, so I don't want people to know about it and think, 'Oh, she's the girl who cried rape,'" said Riggins.

But she turned her pain into a platform. Now she's speaking out as 2015's Miss Indiana United States. She also founded the Purdue campus organization Students Against Rape And Violence.

"I get to use my crown and sash as an opportunity to help other survivors," said Riggins.

Caylynn Simonson turned her tragedy into triumph too. She competed in the 2015 Miss California Pageant and now speaks to high school and college students about respect and empowerment.

"I was very unhappy and when I was suffering, when I was scared to go outside, I had a realization that I didn't want this to affect me for the rest of my life, and I needed to do something," said Simonson.

They are speaking out and working with professionals to help erase not only the stigma of rape, but to change the culture and help keep kids from growing into predators.

"If you want to touch somebody else, you have to get permission for it, which is not an outrageous idea," said Sokolow.

A simple idea that these survivors want everyone to hear.

There are still huge variations in policies dealing with sexual assault at college campuses around the country. But these organizations are hoping to streamline that process to not only help victims but to prevent assaults in the future.

If you or someone you know has been sexually assaulted, visit the Rape, Abuse & Incest National Network, or call the RAINN National Sexual Assault Hotline 1-800-656-HOPE (4673). 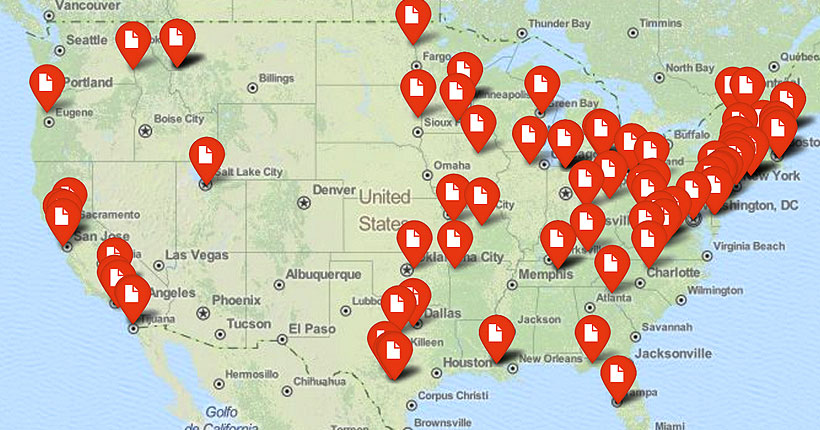