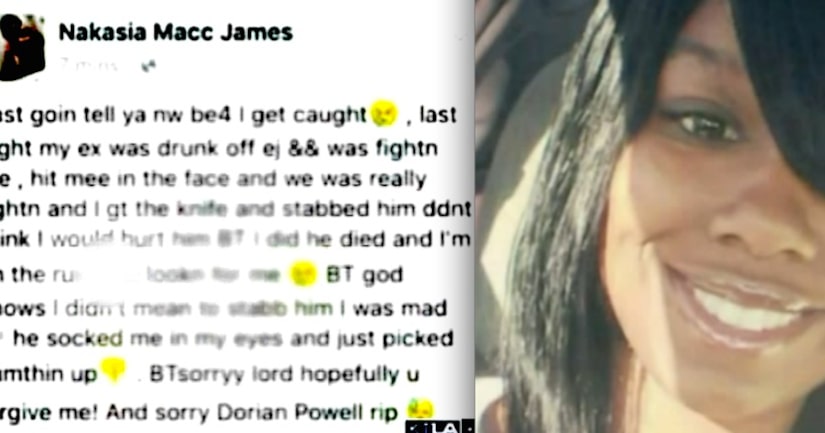 SAN BERNARDINO, Calif. -- (KTLA) -- Police in San Bernardino were searching Monday for a 19-year-old woman in connection with the stabbing death of her boyfriend during a possible domestic dispute.

Officers responding to a call around 2:30 a.m. Monday in the 2000 block of North Central Avenue found 21-year-old Dorian Powell dead of wounds consistent with a stabbing, according to a news release from the San Bernardino Police Department.

Shortly after the incident, the victim's former girlfriend Nakasia James allegedly went on Facebook and admitted stabbing Powell, claiming she acted in self-defense.