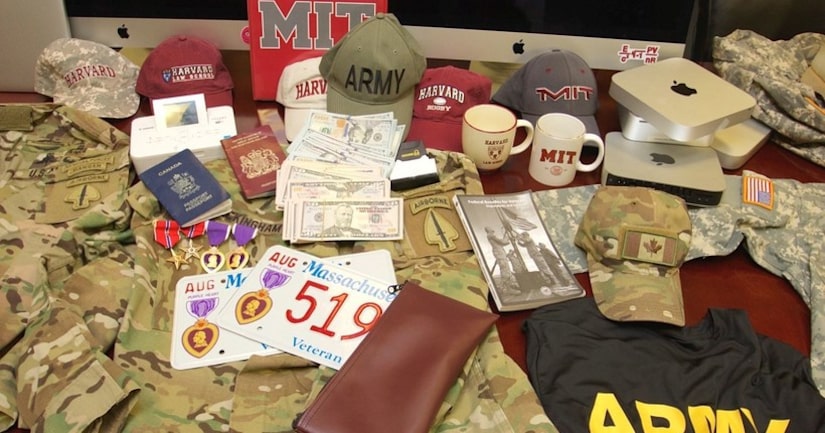 LOWER MANHATTAN -- (WPIX) -- It was parking in a Manhattan garage that blew the cover of a suspected con man accused of posing as a wounded veteran as part of a scheme he allegedly carried out in Boston, police said Wednesday.

Jeremy Wilson, 42, of Manhattan, parked his rented 2016 BMW X3 in a garage on South William Street on Dec. 30, police said. He allegedly pretended to be an injured veteran as part of his “scheme” to rent the car, police said.

Officers in New York had been alerted that the car was fraudulently rented in the Boston area and when they discovered the BMW in their precinct, they impounded it and left a note for the driver.

Wilson called the detective's number scrawled on that note and set up a time to meet with officers for what he believed would be an opportunity to get his car back, NYPD said.

But when Wilson arrived Monday at the 10th Precinct, he was arrested.

A search of his luxury apartment the next day in lower Manhattan turned up military uniforms, hats and coffee mugs emblazoned with Harvard and MIT logos, computers, cash and passports, according to NYPD.