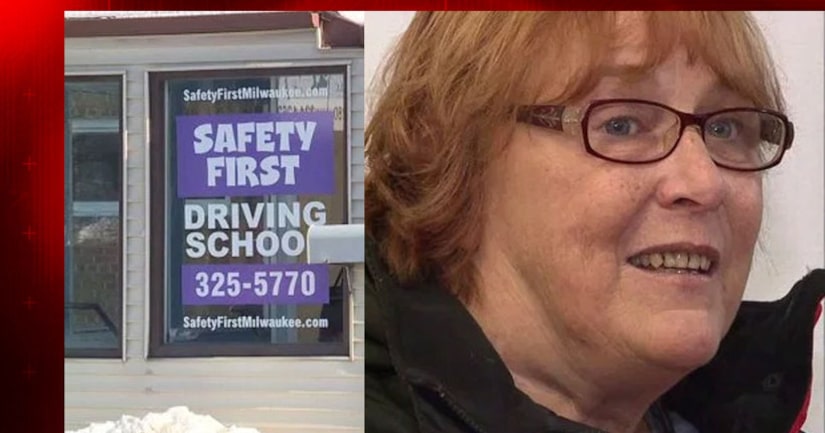 MILWAUKEE -- (WITI) -- A scary situation unfolded in a classroom in Milwaukee on Monday night. Students were stunned to see their driving instructor held up at gunpoint during class.

It happened around 7:15 p.m. near 27th and Bolivar at the Safety First Driving School.

The timing of this armed robbery is interesting because cash isn't something the school generally has on hand, but Monday night was the first class in a new session, so students did make their payments for the class, and most of those payments were made using cash.

"You don't go to driver's ed and expect somebody to come in with a gun," Janet Bingham said.

Bingham was teaching Monday night at the Safety First Driving School when she was blindsided by a masked man.

"He said 'This is a robbery. Don't anybody move,'" Bingham said.

The approximately eight students in the class froze as Bingham was assaulted.

"I have a really bad concussion from being hit in the head couple of times with the gun. He knew where the money was and and he took my cell phone," Bingham said.

Police say the man grabbed a bag of cash before hopping in a car and fleeing the scene.