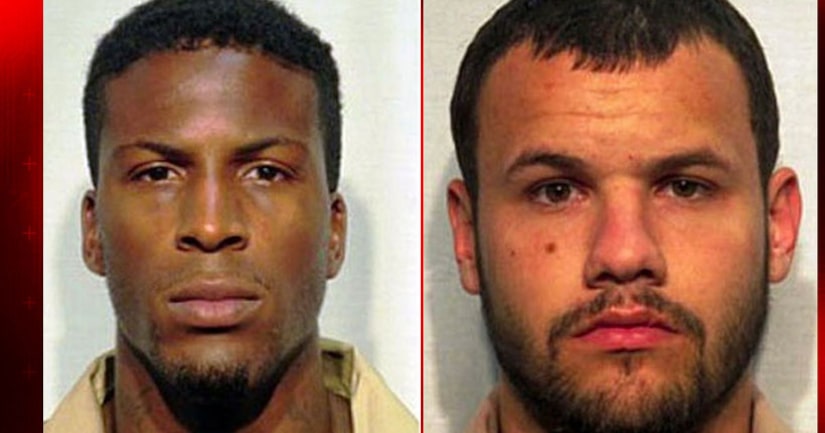 LEXINGTON, Ky. -- (WXIX) -- Two inmates are back in police custody after escaping a Lexington prison Monday.

Jordan Green and Waltez Franklin were located near the Grant, Scott and Harrison county lines, according to reports from the scene.

The pair escaped from Blackburn Correctional Complex about 8:10 a.m. Monday, according to Kentucky State Police.

Green was convicted of charges in Boone and Kenton counties on several charges including robbery, burglary and theft, state prison records show. He entered the prison system in April 2011 and is expected to remain incarcerated until October 2031, though he was eligible for parole next year.

Franklin, 23, was serving a 20-year sentence for convictions out of Warren County for robbery and assault.

Officials have not said how they escaped the facility.