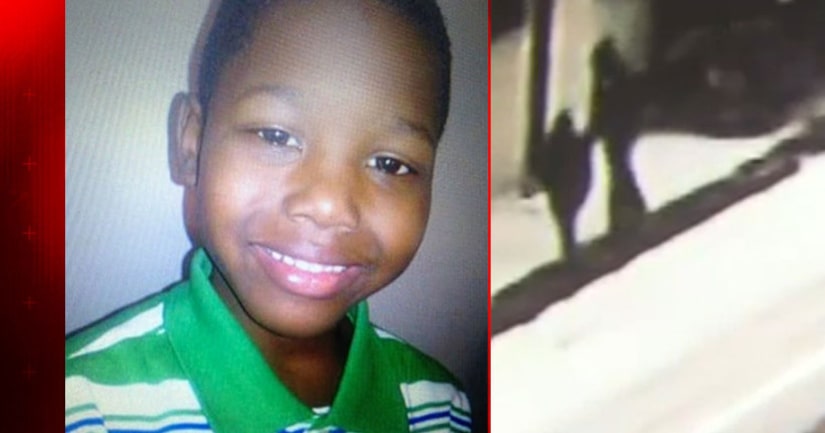 NEW YORK -- (WPIX) -- Investigators think the stabbing of a 9-year-old Staten Island boy that happened last January may have been an alleged ISIS follower's audition for the terror group, a report says.

Jermaine Culver was walking to school on the morning of Jan. 9 when a man approached him from behind and stabbed him several times. Surveillance video captured the brutal attack. The 9-year-old boy was able to run back to his house where his 15-year-old brother was.

Culver was taken to the hospital and was listed in stable condition. He was later released from the hospital.

A year later, the assailant is still at large. Police released the surveillance footage of the stabbing, but no one ever came forward with any information.

Investigators now believe Fareed Mumuni, who was charged with conspiring to provide material support to ISIS in August, may have been the man who attacked Culver, according to the NY Post.

Mumuni, 21, was taken into custody in June. Him and Munther Omar Saleh, 20, was arrested and charged with attempting to provide material support to the Islamic State and carrying out a terror attack.

FBI executed a search warrant on Mumuni's home in Staten Island during his arrest. While they searched through the house, Mumuni allegedly tried to stab an FBI special agent with a large kitchen knife. Officials said the attack was premeditated.

Investigators think Mumuni may have been the man who stabbed Culver. If he was, the attack could have been his audition for ISIS, the NY Post reported.

Mumuni's home in Staten Island is only about 600 yards away from the boy's home. Police are investigating the surveillance footage and plan on questioning Mumuni on the Jan. 9 attack.