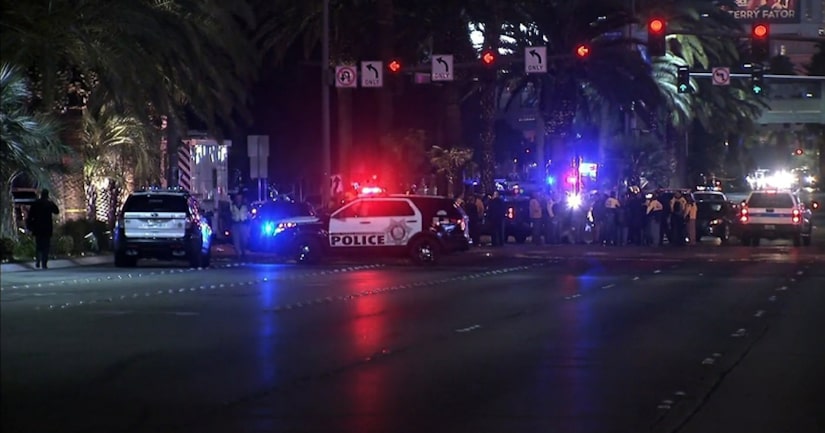 LAS VEGAS -- (KTLA) -- A driver careened into a crowded sidewalk several times on the Las Vegas Strip, injuring more than 30 people in what authorities described as an "intentional" act.

At least one person was killed and 37 others injured near the Paris Las Vegas Hotel on Sunday night, authorities said.

Witnesses said the woman was driving down Las Vegas Boulevard before her car jumped onto the sidewalk and started striking pedestrians.

She allegedly returned to the sidewalk at different spots and hit more people before barreling down the road.

Police arrested the driver, and she is undergoing tests for alcohol and controlled substances. A 3-year-old in the car with her was unharmed.

Authorities ruled out terrorism but said an initial investigation shows the driver did it deliberately.

"This was not an act of terrorism," said Brett Zimmerman, a Las Vegas Metropolitan Police Department deputy chief. "We are treating this as an intentional act."