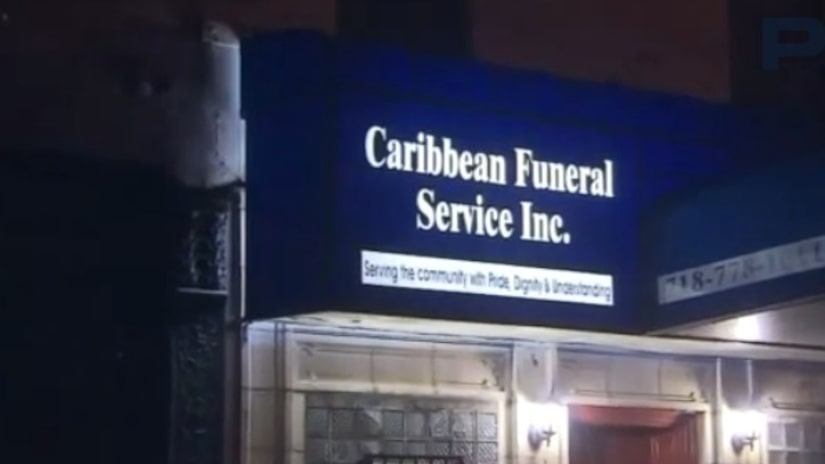 BROWNSVILLE, N.Y. -- (WPIX) -- At first, a Brooklyn grandmother's death was blamed on natural causes; but while her body was being prepared for burial, funeral home workers discovered a stab wound in the back of her neck, prompting the search for a killer, authorities said.

Officers responded the morning of Nov. 9 to a wellness check call for Myrtle McKenny, 82, NYPD said. When they arrived, officers found McKenny laying on the kitchen floor of her Powell Street apartment, unconscious and unresponsive. EMS responded to scene and pronounced her dead.

Detectives, EMTs and the medical examiner initially believed she died of natural causes. But on Sunday an embalmer at Caribbean Funeral Service noticed a stab wound on her neck.