A controversial gun case just went through the courts in Wisconsin. Chilling surveillance video captures two cops shot at point-blank range. Fortunately the policemen survived, and now they're returning fire -- not at the suspect, but the store that sold the gun. Their weapon: a lawsuit.

"Who is responsible when a criminal pulls a gun from his pocket and at point-blank range fires at a police officer with the intent to kill him?" said Badger Guns attorney James Vogts.

Milwaukee affiliate WITI followed the trial that has become a landmark gun-rights case.

The question before the jury? Just who is responsible: the suspect, or the store that sold him the deadly weapon?

It started when the police officers saw 18-year-old Julius Burton riding his bike on the sidewalk.

When cops stopped him, things turn ugly and a struggle ensues. Next, Burton pulls out a .40-caliber handgun and pops off two shots.

One shot hits an officer in the mouth, the other cop in the head.

Graham Kunisch lost his left eye and a thumb-size piece of his brain. His partner, Bryan Norberg, had to have his mouth and teeth reconstructed.

"I will never be the same person I was prior to that day," said Norberg.

In their lawsuit the officers claim Badger Guns "negligently and unlawfully" sold the gun to Burton.

Why? Because he was underage and could not legally purchase a weapon. So how did he get the piece?

"Badger Guns made this sale on this day to a 'straw buyer,'" said Patrick Dunphy, the officers' attorney.

A "straw buyer" is an individual who knowingly purchases a gun for someone else.

Prosecutors used Badger Guns' own surveillance video as evidence of the illegal sale.

Video shows Burton pointing out the gun he wants to his friend, 21-year-old Jacob Collins. Burton paid Collins $40 to buy the pistol.

Collins fills out the federal form, which asks if he is buying the gun for himself. At first he writes "no," then changes it to "yes." Collins later testifies he got mixed up because he has dyslexia. 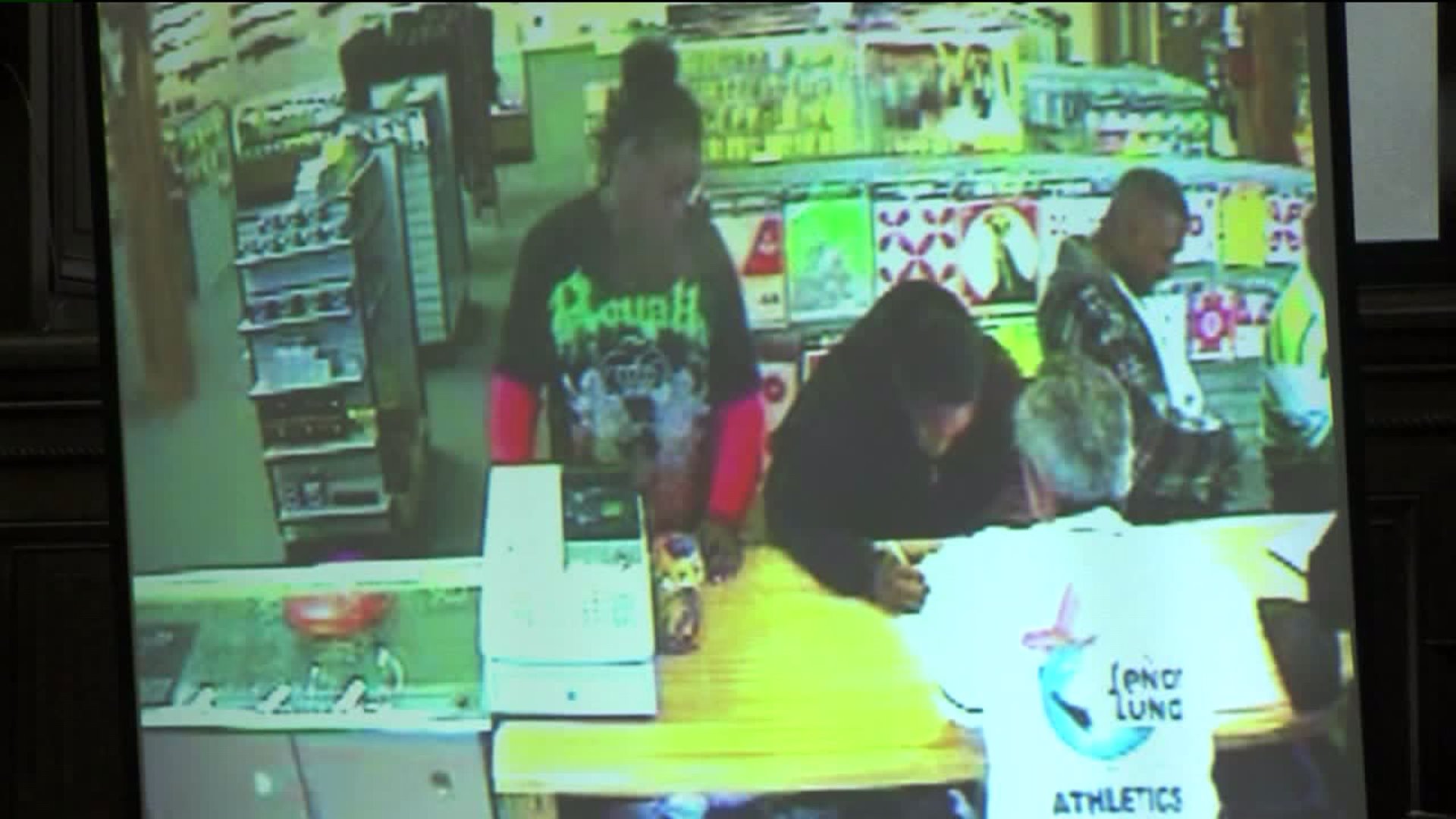 The salesman testified that while Collins struggled filling out the form, he didn't think there was anything suspicious.

"Looking at that form, in the way it was filled out, he had problems figuring out his race and what country he lived in prior to getting to the address," said gun salesman Donald Flora.

Burton, in an orange jumpsuit, even testified via videotape from prison, where he is serving an 80-year sentence for the shooting.

"Everybody knew about, know what I'm saying, knows about Badger's," said Burton.

Many are calling Badger Guns the nation's most notorious gun shop.

In 2005, the last year statistics were kept, Badger sold 537 guns that were used in violent crimes.

"The last thing we want to do is put a gun in somebody's hands that's going to commit a crime," said Flora, the salesman.

The new owner claims the store has cleaned up its act and instituted a no-cellphone policy, so straw buyers can't text photos of guns to someone out in the parking lot.

"No one wants to sell to a straw buyer," said Badger Guns owner Adam Allan.

As the judge gives the jury instructions, he warns them to ignore the mass shooting at a college in Oregon that had happened just the day before.

The jury deliberated the difficult case for nine hours.

"Was such sale by Badger Guns to Jacob Collins negligent?" The jury answered this question "yes."

The cops won and were awarded nearly $6 million for lost wages, pain and suffering, and punitive damages.

"I didn't want to send a message around the country," said attorney Dunphy. "What I want to do is represent my two clients, these two Milwaukee police officers, and if some gun dealers around the country realize that they may have their feet held to the fire because of the punitive damage award, then that's a bonus."

Milwaukee's Mayor Tom Barrett has a message to gun dealers everywhere: If you sell a gun illegally to a crook, you may not be off the hook.

"I want gun dealers to be on notice: They have a responsibility," said Barrett.