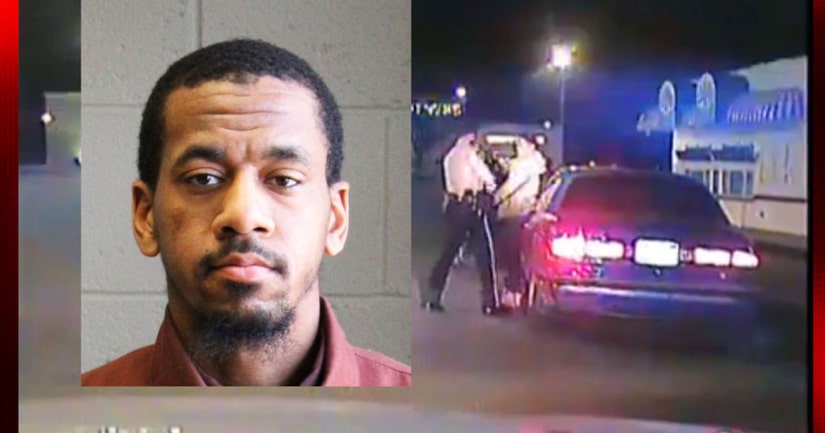 The release of this video is to aid in locating Trev Bowies Jackson.

At 10 p.m. on Sunday, Officer Anderson pulled over Jackson in the parking lot of the Crossroads Shopping Center in Manchester Township for a suspected DUI. The officer said he smelled marijuana inside the car.

When officer Anderson told 24-year-old Trev Bowies Jackson to get out of the car, Jackson pulled out a gun and fired shots at Anderson before fleeing in his blue 1994 Buick Sedan.

Jackson is considered to be armed and extremely dangerous.

According to police, Jackson was injured during the shooting, and police believe he is wounded in the left hand and the hand may still be bandaged.

The manhunt for Jackson continues and anyone found to be assisting Jackson will be charged to the fullest extent of the law police said.

Pennsylvania Crime Stoppers has posted up to $5000.00 in reward for information leading to the capture of Jackson.

Police Officer Lynn Anderson was not injured during the shooting and he has returned to duty.