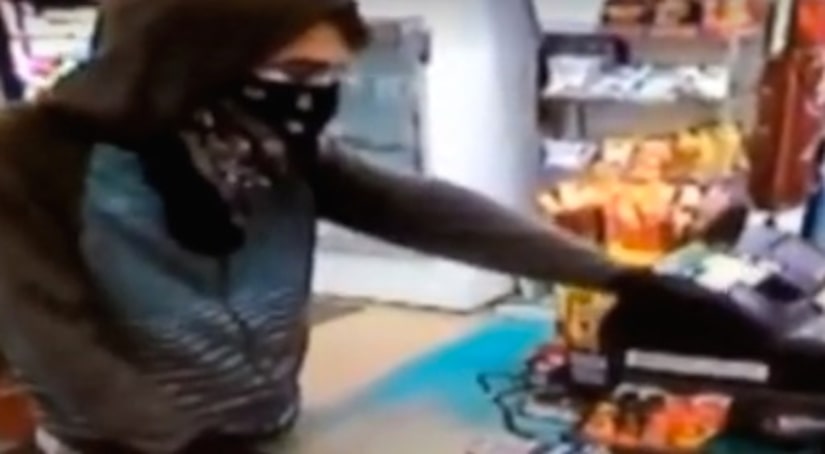 WALPOLE, Mass. -- (WBZ) -- Walpole Police have released surveillance video of a man who allegedly told a liquor store clerk he would give him AIDS during an attempted armed robbery on Sunday.

The incident happened at East Walpole Liquor Store on Route 1 shortly before 3 p.m.

Police say the would-be robber told the clerk “gimme all the money, or I'll give you AIDS.” Investigators say the man had a small “weapon” of some kind with a red tip in his hand, but they couldn't confirm what it was.