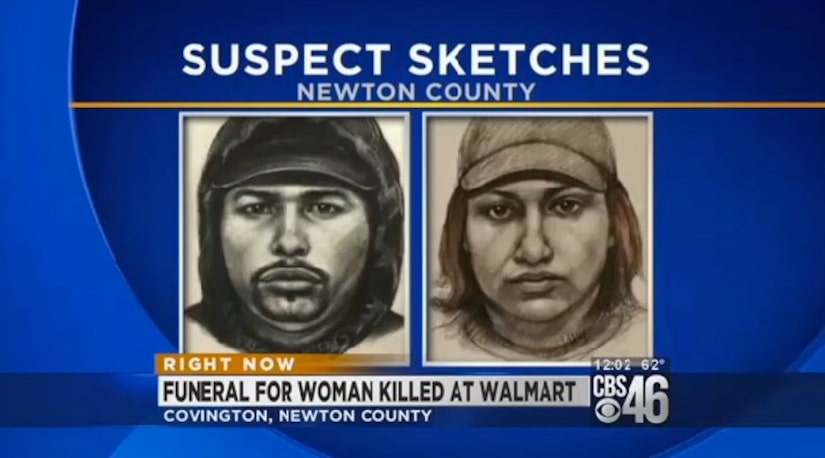 COVINGTON, Ga. -- (WGCL) -- Police in three states are looking for two suspects accused of killing a woman during a robbery attempt in a Newton County Walmart parking lot on Monday.

They believe the dangerous pair could be in either Georgia, Tennessee or South Carolina.

One of the suspects was caught on surveillance camera attempting to rob 65 year-old Marsha Johnson, pulling her to the ground before running her over with a vehicle, killing her.